I've decided to skip making Cubs team sets with any of the parallel sets from Topps 2013.  No emerald for me, no camo, no blue, pink, gold, red, blue or purple.

The only exception is for Darwin Barney.  Since going all-in as a player collector, I've put together several Barney rainbows.  I wasn't going to skip the Topps 2013 rainbow, so as soon as the cards came out, I started picking up each of the eight variations.  On Thursday the final piece in the puzzle arrived.

Then there's the emerald card

And finally, there are the three retailer versions, Walmart blue, Target red, and Toys R Us purple.  That purple card was one of the tougher to get; not many of them have shown up on ebay.

I've also got my 1/1 Yellow printing plate to round out the rainbow.

Here are my ten versions of Darwin Barney's 2013 Topps card. 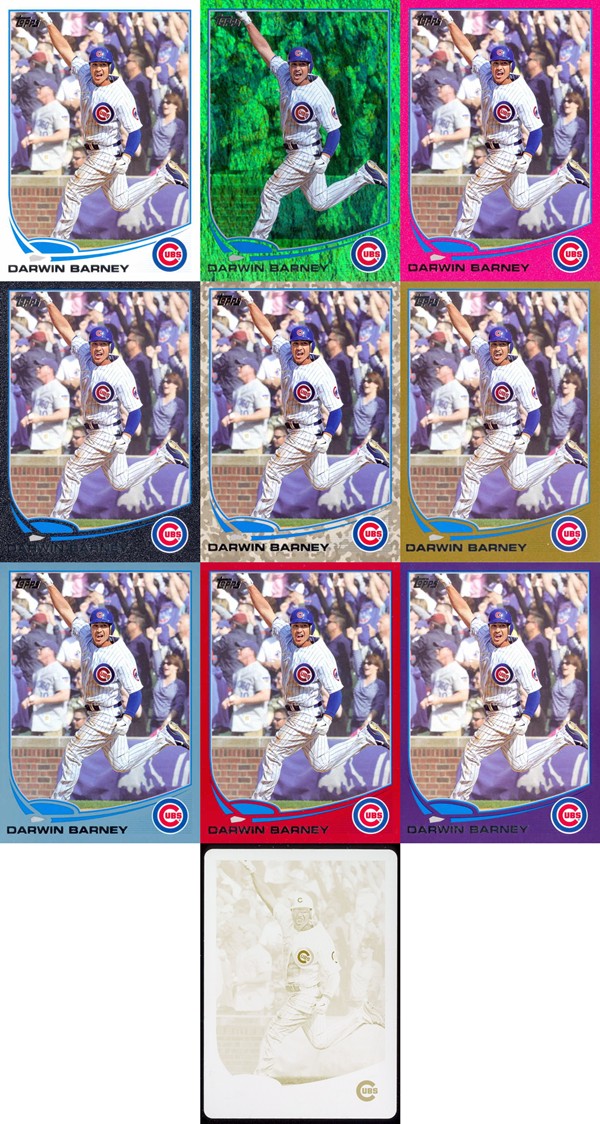