My long-awaited package from BrentandBecca has finally arrived!

Among the contents was the Cubs team set from series one.  My rebuilding boys in blue rated only six cards out of the 330.  And one of the six has no business being included.

Let me show you the six and you can see if you can pick out the player that doesn't deserve a card... 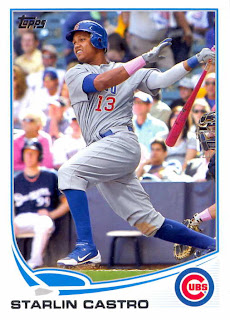 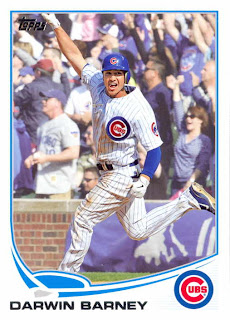 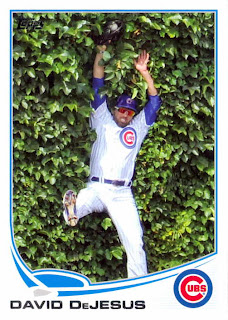 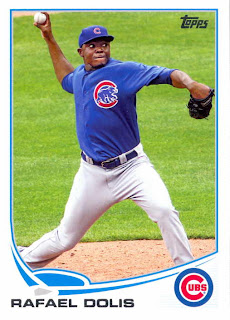 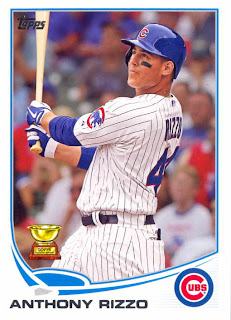 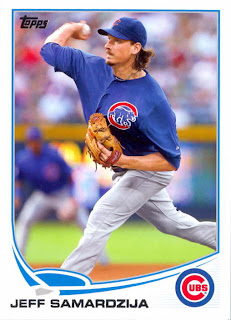 ....So who would you consider the clunker among the six?  Now be nice!  Don't say that they're all clunkers!

For me, it has to be Rafael Dolis.  How does a guy who goes 2-4 with an ERA of 6.39 get a card in the base set at all, let alone in the first series?  Wasn't there anyone else Topps could have used?

Of the six Cubs, three got featured status with Topps new numbering system.  Anthony Rizzo, #44 got card #44.  Rizzo is the new Cubs wonderboy in Topps' eyes. 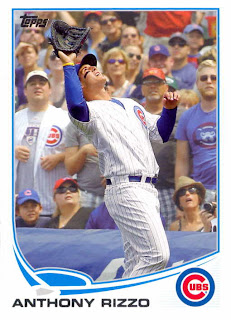 This is the Out of Bounds SP card for Anthony Rizzo.  Last year Castro got a SP, but Topps has moved on to cranking out the Rizzo cards instead.

The David DeJesus card reminds me of this one from last year... 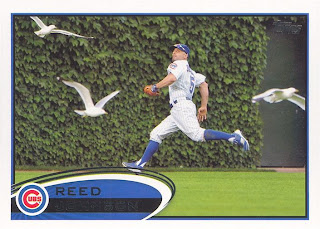 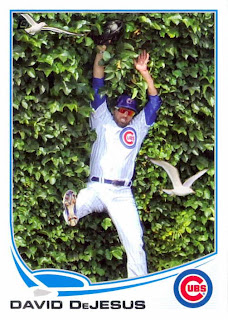