As far as I can tell, this 1985 set was the first boxed set that Topps made for a retailer.  Circle K is a chain that I'm not familiar with at all.  They are in the Chicago area now, but not in 1985.  I never saw this set.

Titled All Time Home Run Kings, the set has cards for the top 34 home run hitters as of 1984, almost.  It's a 33 card set like all the others because there is no card for #31 on the list.  The holdout--Mr. Coffee himself, Joe DiMaggio.  My guess--he wanted too much money to be in the set or else he wanted nothing to do with it. 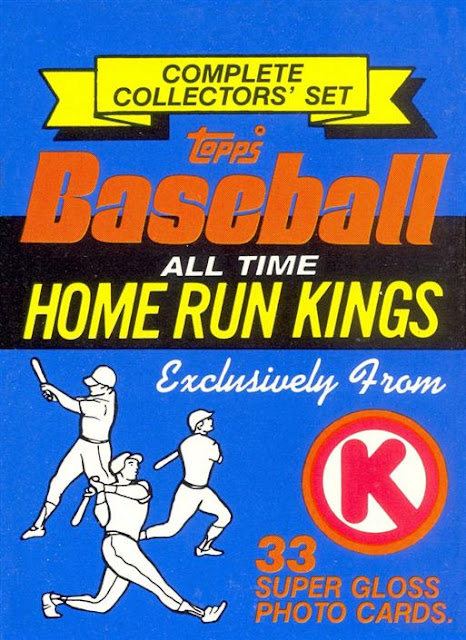 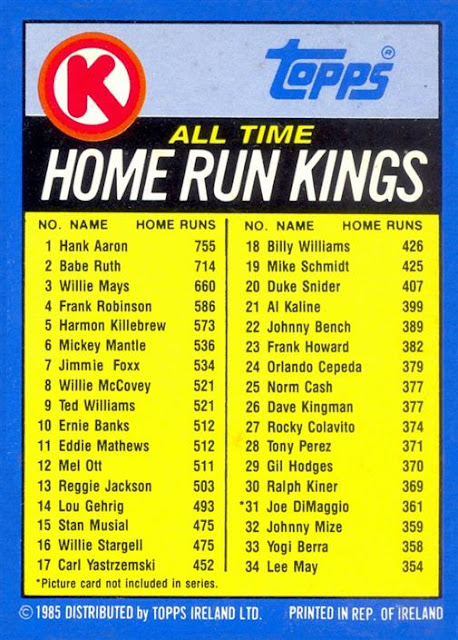 One thing that really strikes me about these is that they are glossy cards on white stock.  I didn't realize that Topps did cards like this back in '85.  It would have been nice if they did the flagship set the same way.  I bet it would have been something that could have really set them apart from Donruss and Fleer. 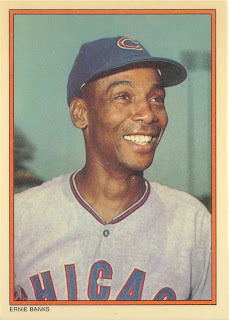 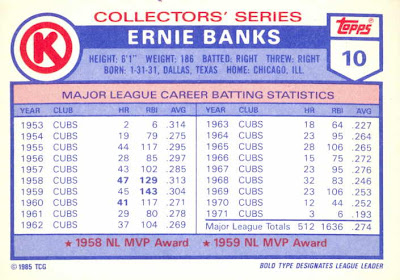 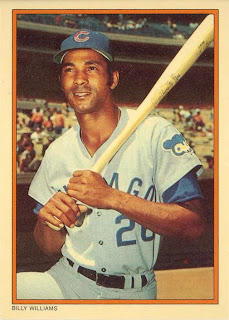 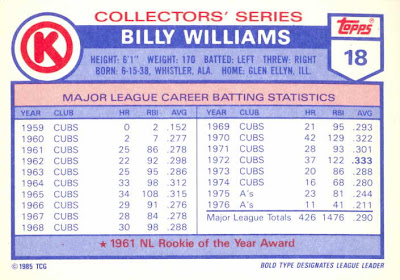 Fast forward 28 years and an era of "enhanced" players, and the list is dramatically different.  Mr. Cub is now 21st and Billy Williams has fallen all the way down to #46.

In fact, of the 34 players on the Circle K checklist, only 17 are still among the top 34.  That's pretty wild that half the list has turned over in 28 years.
Posted by Wrigley Wax at 9:00 AM