When I saw that Darwin Barney was on the checklist for 2013 Archives, I thought I'd have another big rainbow hunt.  Turns out that it wasn't much of a hunt at all.

In addition to the base set, there were only two parallels.  That means a rainbow of three--not really enough to even call it a rainbow.

Whatever you want to call it, here it is... 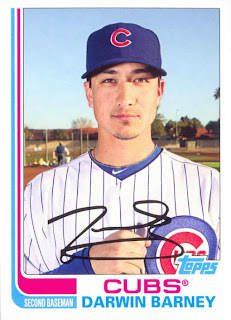 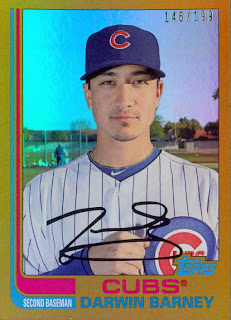 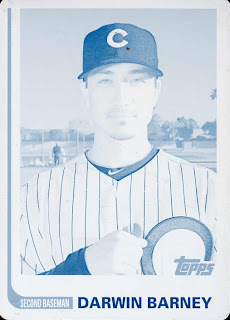 My printing plate is the cyan plate.  It was a BIN at a very reasonable price for a 1/1, so I snagged it right away.   The black plate has already been sold, that that means there are still two more out there...two more I will not be interested in even though it would make this rainbow a little bigger.

We'll just keep this a three-card rainbow.
Posted by Wrigley Wax at 9:00 AM