The discount chain Ames was the last retailer to hook up with Topps.  Their first set was released in 1989 and a second set came out the next year.

Ames was an unfamiliar name to this Chicago boy.  They had no stores in the area while I was growing up.  They did later make two entries into the region, first in 1988 when the bought the Zayers stores, and second, in 2000, when they took over Goldblatts.  Both of those moves were flops.  The chain, which had a peak of nearly 700 stores, went bust in 2002.

The Ames/Topps boxed sets were typical of all the others being put out at that time.  There were 33 cards in the set of glossy cards.  By the time Ames entered the market, the sets no longer included a piece of gum. 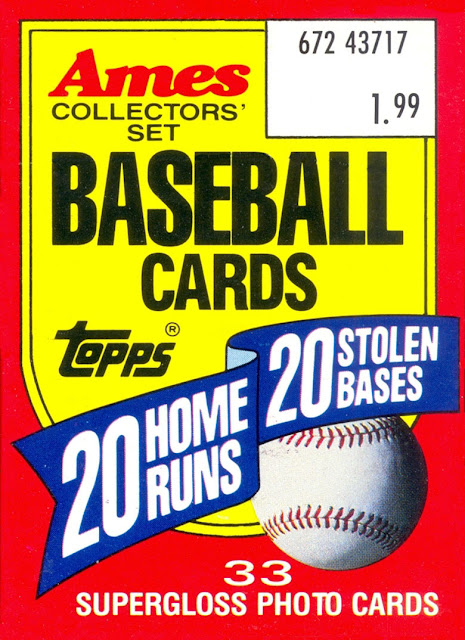 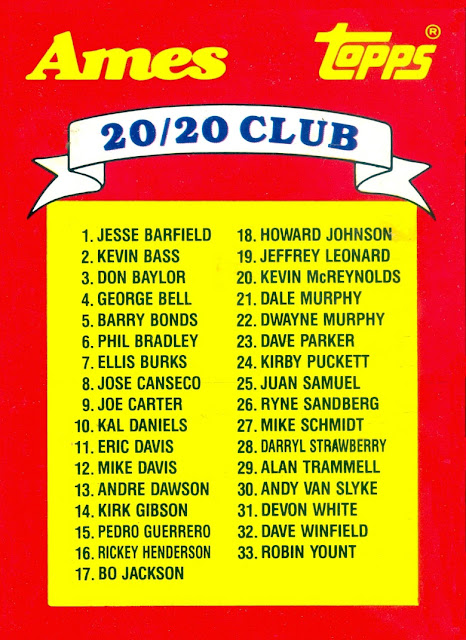 The set has an interesting theme of 20/20 players.  Most of the big names from the era made the checklist, including two Cubs. 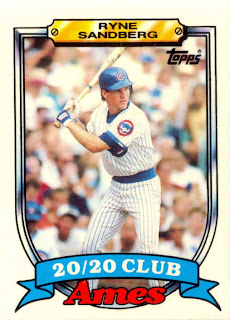 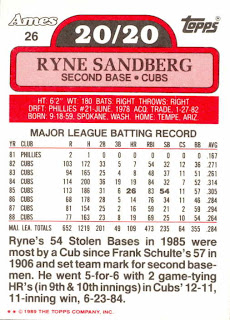 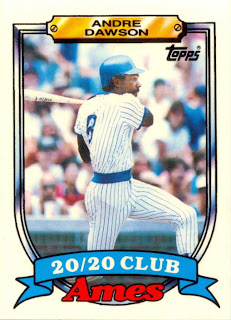 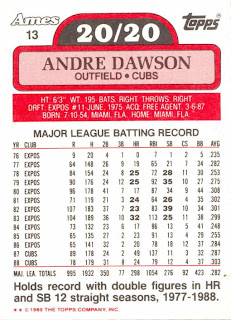 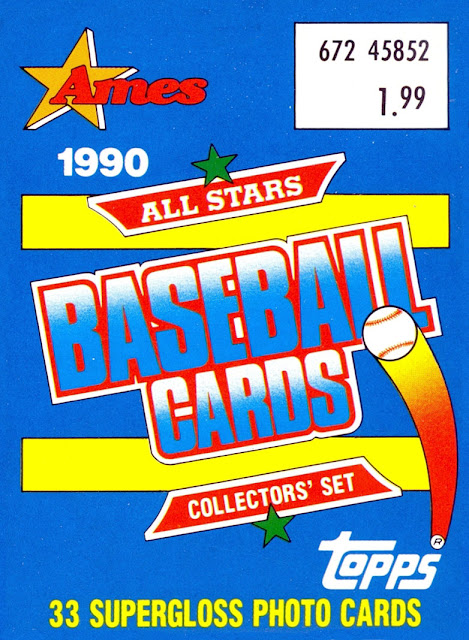 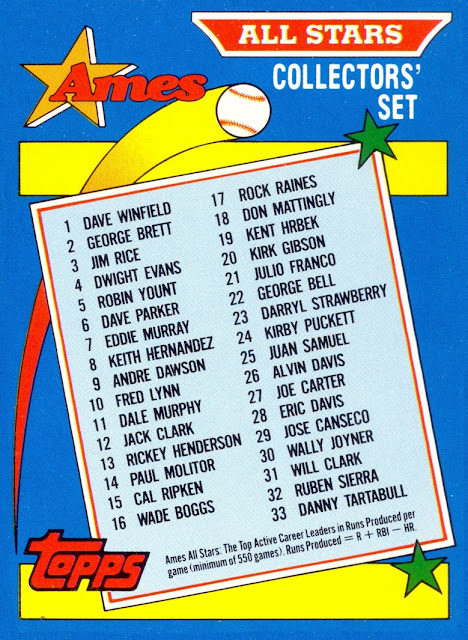 The 1990 Ames set also has an unusual selection process.  Titled "All Stars", you would assume that it's players from the 1989 All Star teams. That's not the case.  In small print on the bottom of the checklist, it says "Ames All Stars:  Top active career leaders in runs produced per game (minimum of 550 games).  Runs produced = R + RBI - HR." 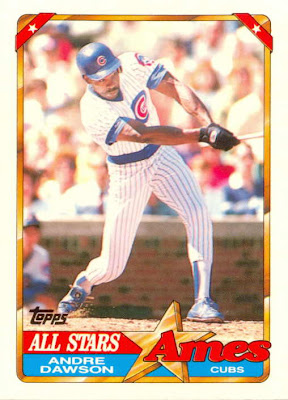 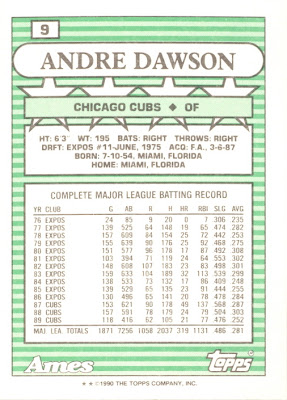 ....Andre Dawson.  Too bad the back of the card doesn't list his total runs produced.  You would think that including that information would have been kinda pertinent to this set.  I did the math myself.  Using the Ames formula, through 1989 Dawson produced 1870 runs (1058+1131-319).
Posted by Wrigley Wax at 9:00 AM