This took longer than it should have.

Four Cubs were on the Fan Favorite Autographs checklist.  On Ebay the autographs were plentiful and reasonable.  It took me just a few days to win all four.

Getting two of them took a little longer.  One was my fault.  I forgot to check the seller's location until after I won the auction.  The card was in Taiwan!  I knew it wasn't going to be here in a couple days.

The other delayed card...not my fault.  I won the auction on June 3rd.  But the slow-shipping seller didn't print a label until a week later, June 10.  And then for a week, nothing.  The USPS tracking showed only that the label was printed.  The card didn't make it to the post office.  On the 17th, two weeks after I paid for the card, and a week after the label was made, I emailed the seller.  A day later he responded that, yes, he did take the package to the post office.  He also said he'd check with his mailman.

I didn't believe him.

The next day, miraculously, the package finally showed up in the USPS system.  Cynical me figures my email inspired him to finally make a trip to the post office.  But at least the card was en route to me.  It arrived a couple days later. 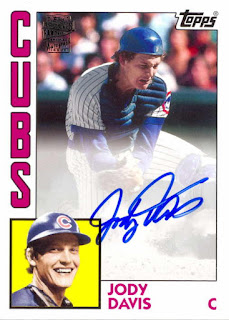 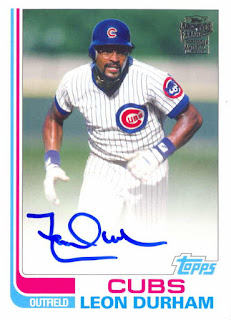 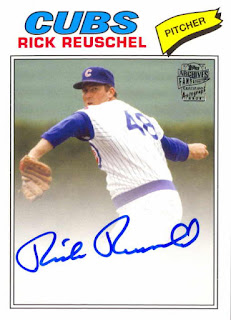 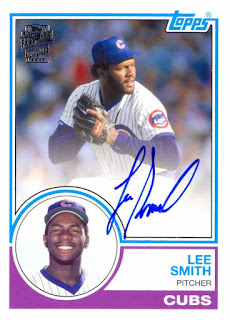 So here are the four cards.  I don't know if it was intentional or not, but the four are four different card designs--no repeats.

I already have autographs of all four, but with two of them they are not certified.  Now I can compare them to see if any are fakes... 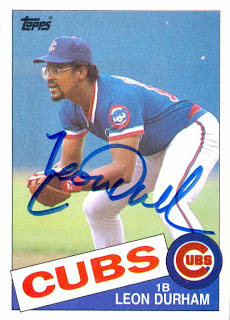 The Davis looks good.   The Durham...debatable. But now I don't have to worry about having a fake...I know the Archives is good...because Topps says so on the back of the card.