I knew that there was a Toys R Us purple version of Darwin Barney's Topps base card. 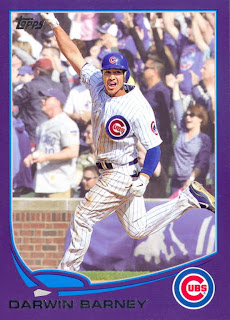 It's not out there is big numbers, but I was able to get mine back in February, another piece of my Barney rainbow.

Perusing Ebay a couple weeks ago, I stumbled into another Barney purple card.  Like the first one, it too was from Toys R Us.  But this one was not from the flagship set, but instead was from Opening Day.

I knew that there are /2013 blue sparkle versions of the Opening Day set.  But I didn't see anywhere about a Toys R Us Opening Day parallel. The listing was a BIN with free shipping.  I BINed right away and now I've got another card to add to the rainbow. 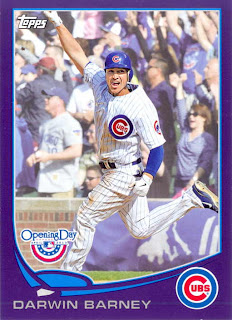 This makes version #16 of the celebrating Barney.  I know that there will be an orange version when the factory set is released in July.  I believe that there aren't any other parallels due out. 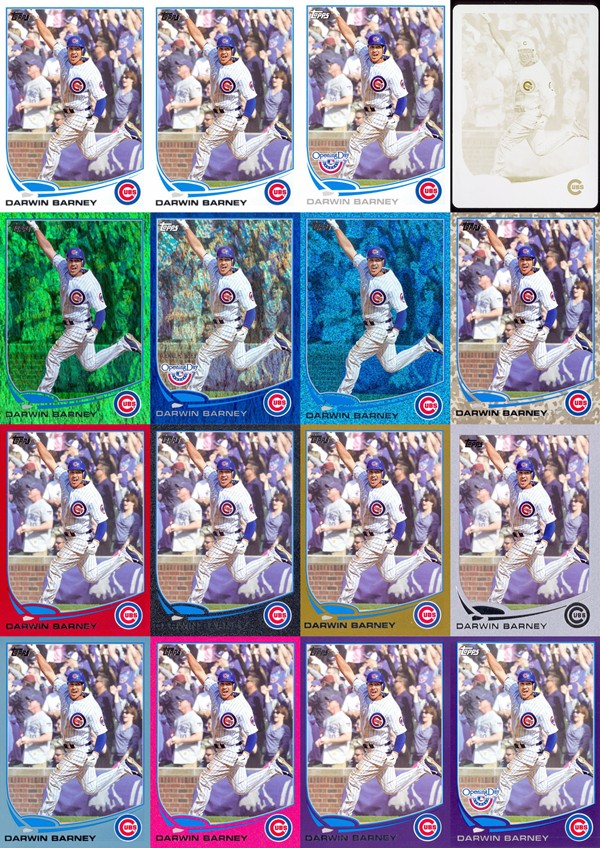