The Nine New from Ninety-Four

As promised, today I've got the nine additions to the 1994 Cubs Photo Cards checklist.

You'll notice that the card numbers skip around.  That would mean that the Cubs didn't pass them out in numerical order, but passed over some. 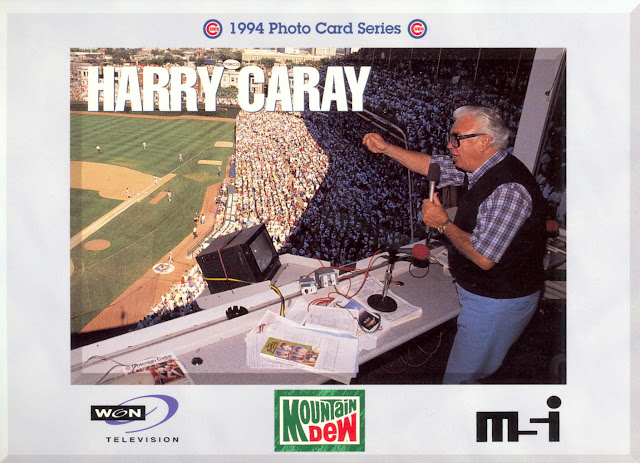 #15 Harry Caray.  This is the only horizontal card among my fourteen...maybe of the entire set.  Its odd that they didn't pass out Harry's card, but did give out Thom Brennaman's.  The picture was taken in 1989...to the left of the desk microphone is the 1989 Cubs media guide. 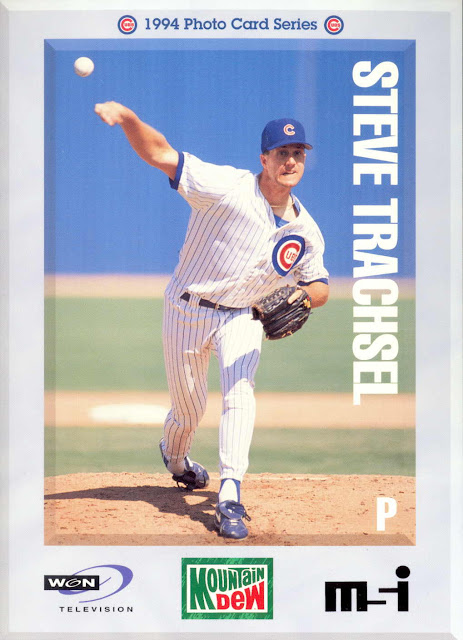 #16 Steve Trachsel...This is the oddest of the set, which according to the Beckett checklist, would be Trachsel's second in the set. 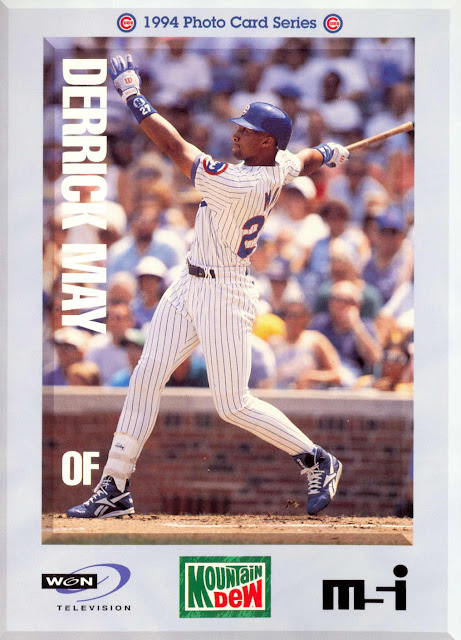 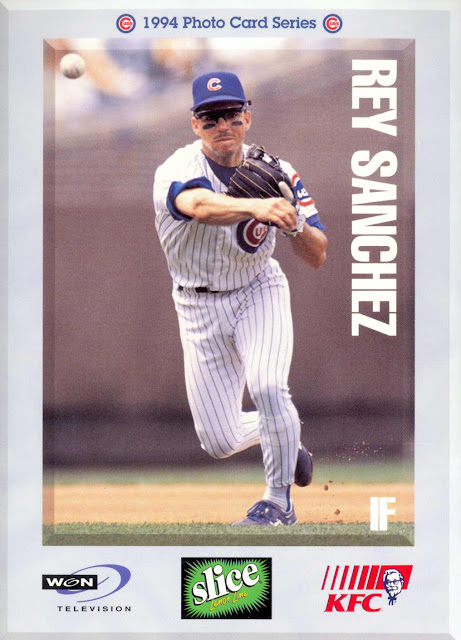 #23 Rey Sanchez...took over at second when Sandberg retired 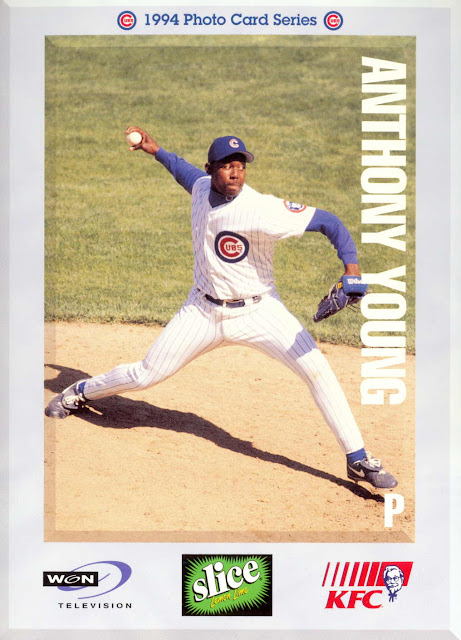 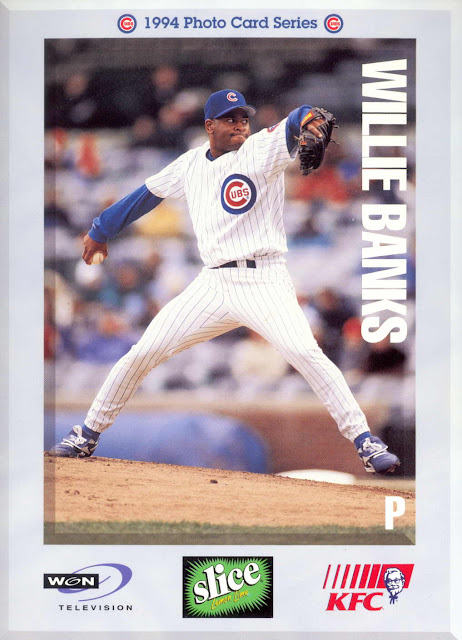 #26 Willie Banks...not the Banks card I was hoping for! 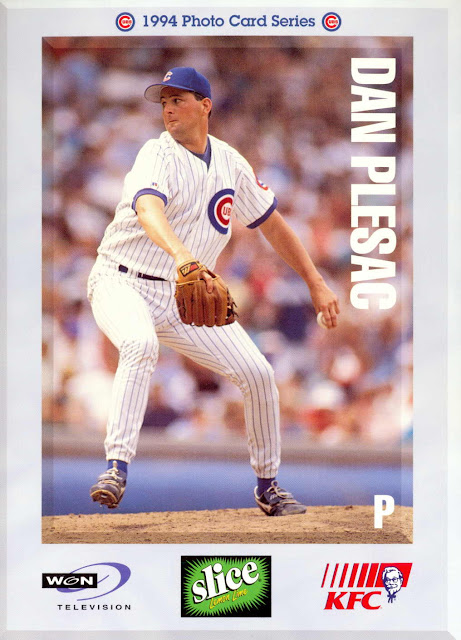 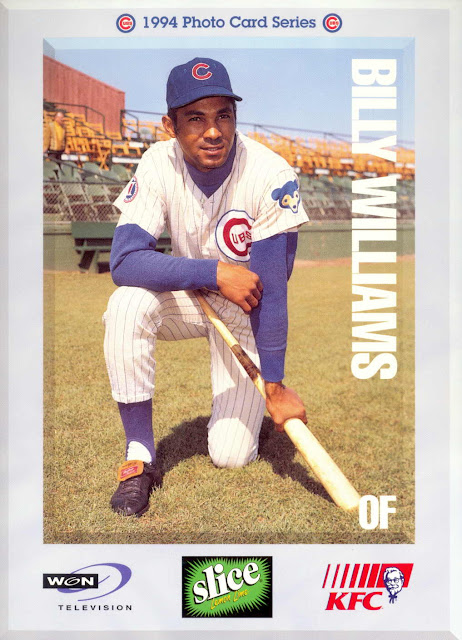 #28...Billy Williams!!!!!  This looks like spring training 1969...he's got the patch that Cubs wore on their right sleeve in 1968, but back then, teams didn't break out their new unis until Opening Day. 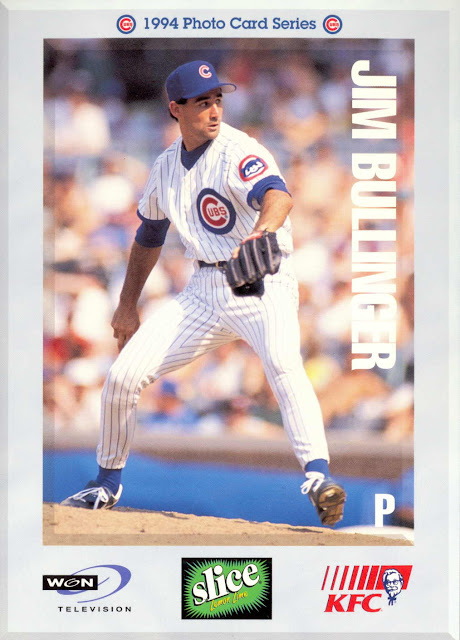