Yesterday the Cubs DFA'ed Carlos Marmol.  It was a move that had to be done.  There was no way he could ever pitch at Wrigley again---he was going to be booed mercilessly.  You kinda feel bad for the guy, but he brought it on himself with his horrible record.  A 5.86 ERA, 21 walks and 26 hits in 27 innings of work--he deserved to get booed.

But don't feel too bad for poor Carlos---poor Carlos will still make $9.8 million this year.

From 2007 - 2010 the guy was amazing.  A slider that just disappeared and then a decent fastball--he was dominant, first as an 8th inning guy, and then as a closer.

But then he lost his command and suddenly he was very hittable...when he wasn't walking or hitting a batter.  And finally the Cubs gave up on him.

I wonder what team will try to fix him...if he's even fixable.

My Marmol card total comes to 44, with #45 from Series Two yet to arrive.  The 44 I've got are in a tile...starting with Allen and Ginter and finishing with Upper Deck. 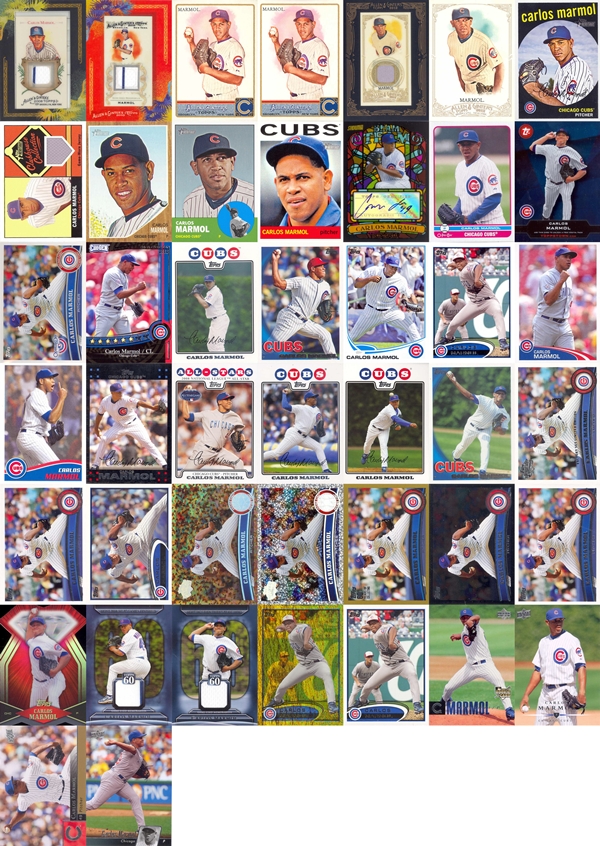