The cards I've got today are somewhat of a mystery to me.

It's a 13-card set of 2006 Upper Deck cards.  According to the Ebay listing the cards were given away by the Cubs.  I've checked my 2006 media guide and team schedule, and neither list an Upper Deck giveaway.

The cards aren't pure UD cards, either.  The card stock seems a little thinner and they aren't as glossy as regular UD cards.  Though they all have the same picture as the base UD cards, there are a couple design differences. 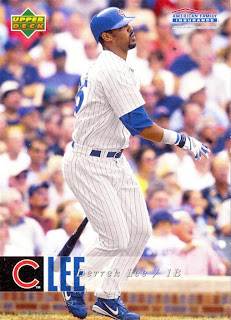 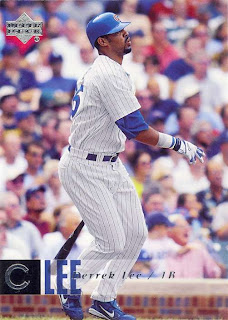 My new cards are on the left, the regular UD card is the one on the right.  You can see that the Upper Deck logo is different.  On the giveaway cards, it a full color version, while on the base set, the logo is metallic.  The team logo is colored on one, metallic on the other.  All of these three differences allowed the giveaway cards to be printed in a less-expensive way.  They remind me of the differences between today's Topps base set and Opening Day set.

The giveaway cards also feature the logo of American Family Insurance.  I would assume that they are the sponsors of the giveaway. 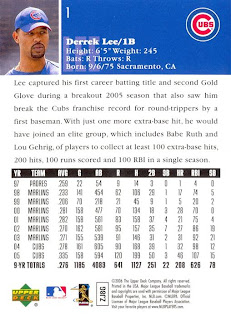 The back is slightly different, too.  The giveaway cards have their own numbers, 1-13.  Also, the UD hologram usually found in the bottom right hand corner is not on the cards.

The cards have to be from later in the season.  Juan Pierre and Jaque Jones were new to the team in '06, and the set has them shown as Cubs.  At the trade deadline in '06, the Cubs sent Greg Maddux to the Dodgers.  I would assume that if he were still with the Cubs, Maddux would have been included.  But the future hall of famer is not, leading me to believe that these were given out late in the year.

Various Google searches have turned up nothing about these cards.  The Standard Catalog was of no help either.

I am baffled as to when or where they were given out.  Anyone have an idea?  Are there other versions of these for other teams? 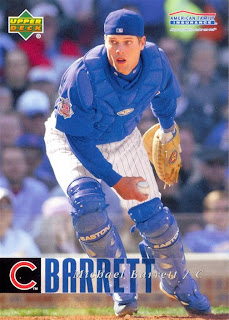 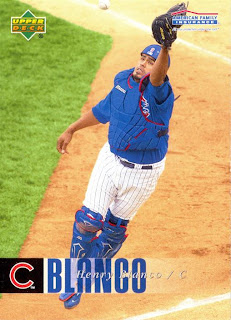 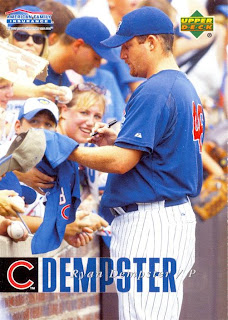 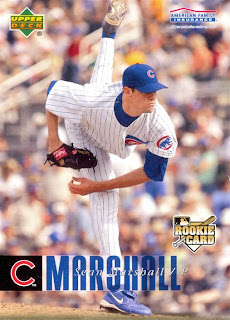 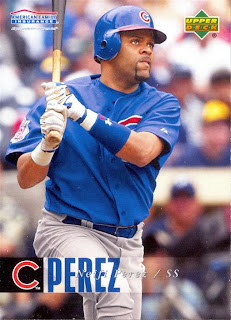 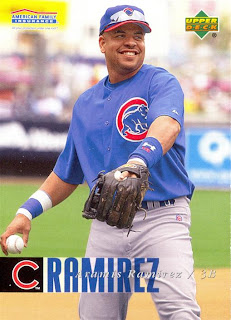 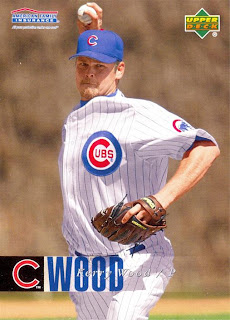 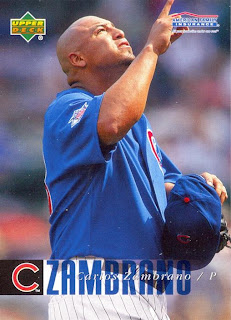 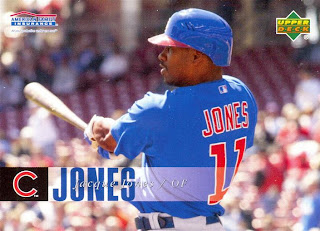 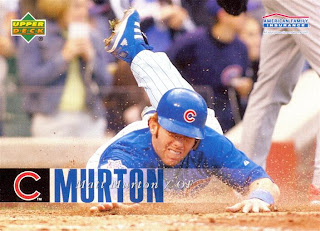 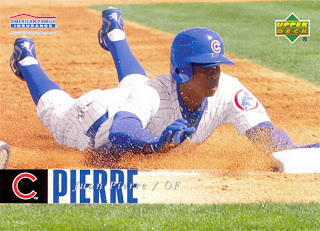 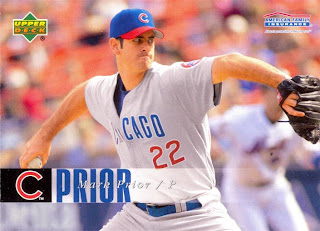