Adding Orange to the Barney Rainbow

The release of the Topps Factory Complete set means I needed to add another card to the Barney rainbow.  Each Factory Set comes with a pack of five orange-bordered cards, numbers to /230.  An Ebay seller had a bunch of these orange cards including #299 of Darwin Barney. 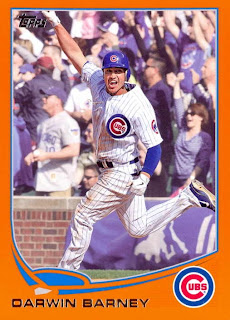 This makes the 17th variation of his card for my rainbow and there are still two more to go.  I just bought the mini version and in October, the update set will have a sapphire version.  For now, here is what the 17 cards look like. 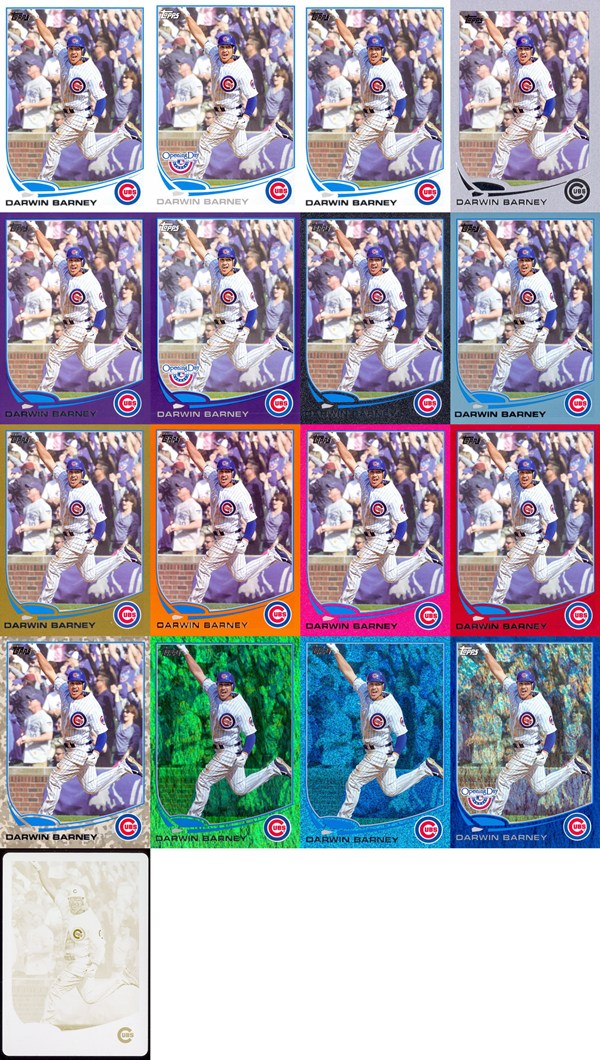 Here is a listing of factory sets made over the past few years, based on the numbering of the colored border parallel cards

You can see that this year represents the first time in a couple years that Topps didn't decrease the run over previous years.  I guess that would be a positive sign for the hobby.
Posted by Wrigley Wax at 9:00 AM