Last week I showed this card... 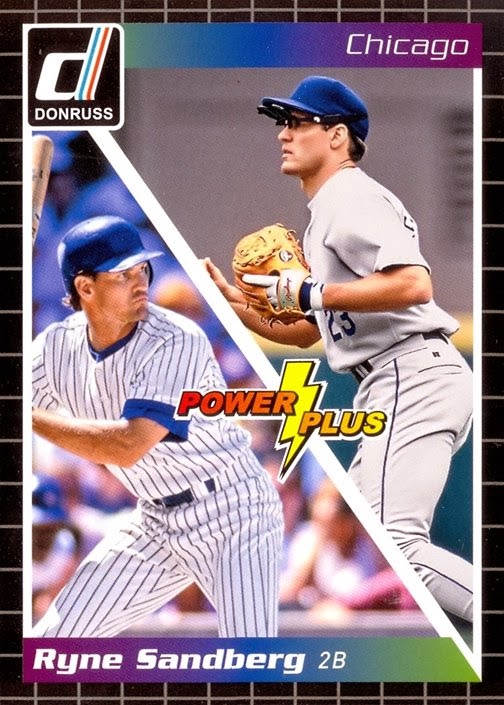 ..the Donruss Power Plus Sandberg card.

I thought the card had a nice retro-Donruss look to it, but I also griped about the lack of logos.

In the comments, super-Sandberg collector Tai issued me the challenge of fixing the card and adding the logos.

I searched through Getty Images hoping to find the originals of these.  If I could find them, I would have a very easy task ahead of me.  But alas, the images weren't there.  I was going to have to do a bit more Photoshop work.

Adding the logos on the home uniform was going to be fairly simple.  All I have to do is put on the helmet C and the sleeve patch.  The Cubs logo on the front was completely obscured by his arm, so I didn't have to worry about that. 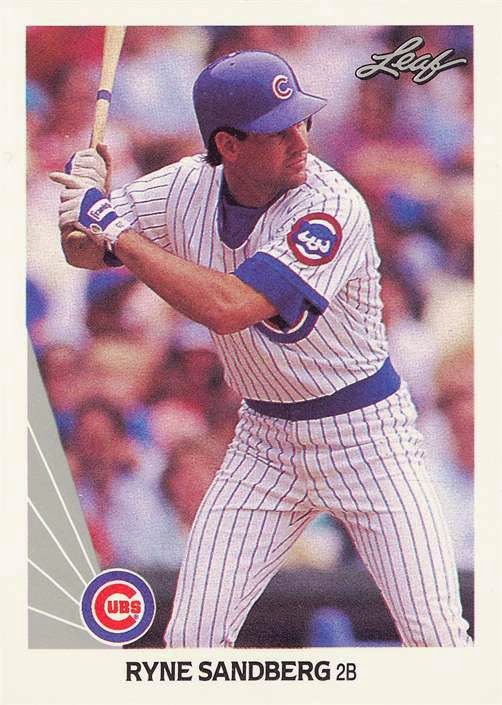 I borrowed those parts from his 1990 Leaf card, which shows him framed almost exactly the same as the Donruss card.

The trickier part was going to be the right side picture.  I would have to add just a bit of the C on his hat.  A sleeve patch would be needed.  The 23 on the front would have to be changed to red.  Those parts wouldn't be the easiest things to do, but I could manage them.  The hardest thing was going to be adding the Chicago across the front of the jersey.

Actually, that was going to be the impossible part.  I can do a fairly decent job with simple Photoshop tasks, but the Chicago part was beyond my abilities.

So I went to plan B...a different picture.  I went through all of my Sandberg cards and found a close picture on... 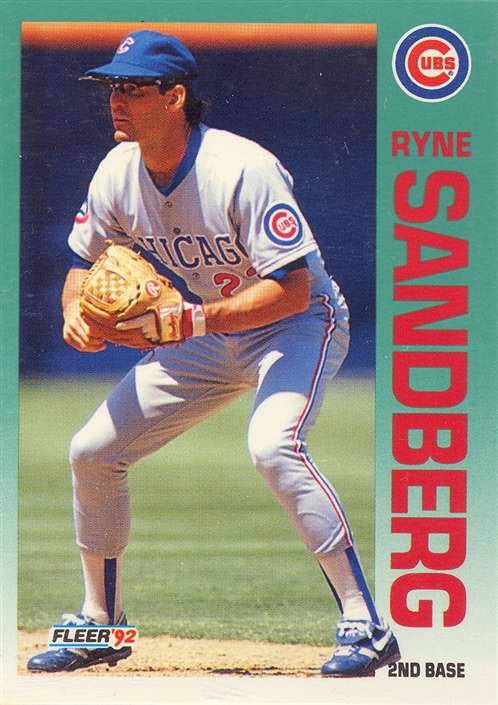 ...the 1992 Fleer card.  I added a little more to the left side of the Fleer card and dropped it into the Power Plus.

The last thing I decided to do was to add the Cubs name to the top, where it originally just said Chicago.  As long as I was adding logos, I figured I might as well add the team name too.

Once that was inserted, I was finished and voila...... 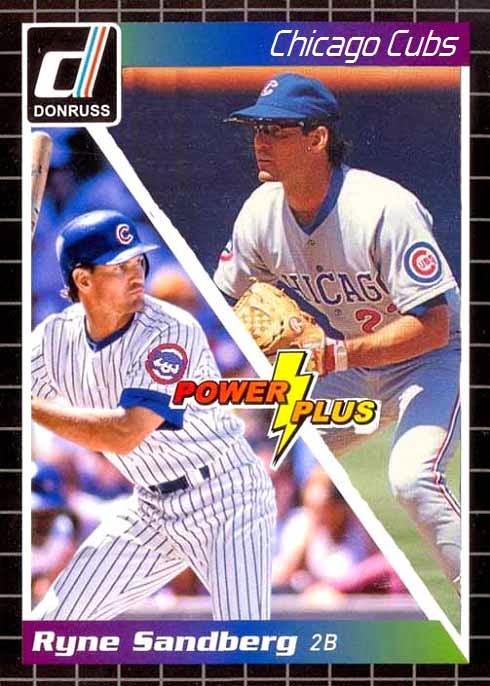 Tai, what do you think??