My recent look-through the 1973 set inspired me to do a little updating.

The set included an eight card subset of All Time Leaders in various career categories.

Here are the original eight cards. 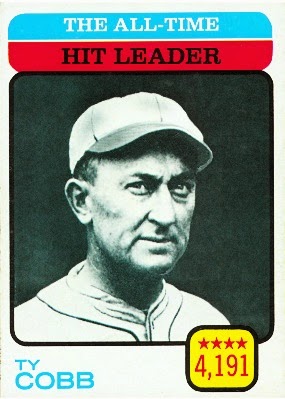 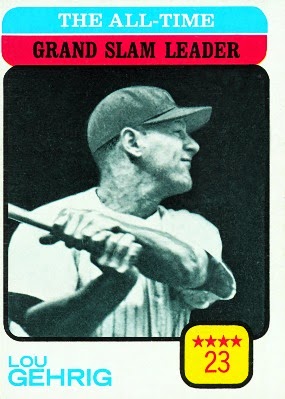 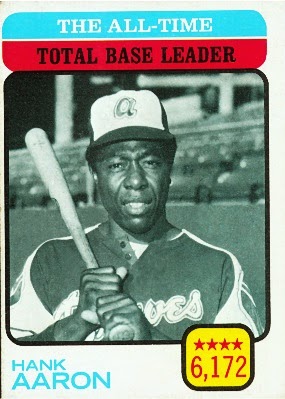 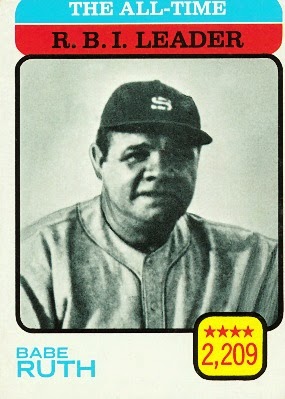 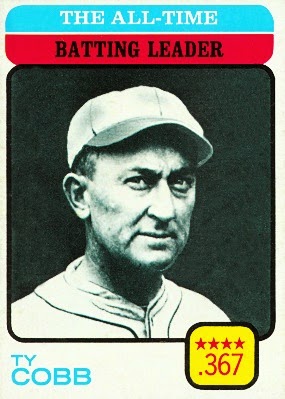 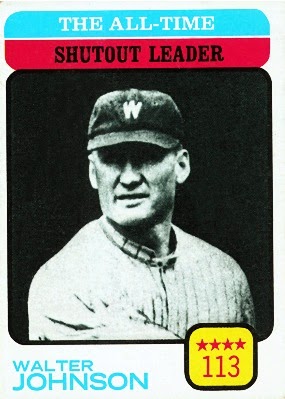 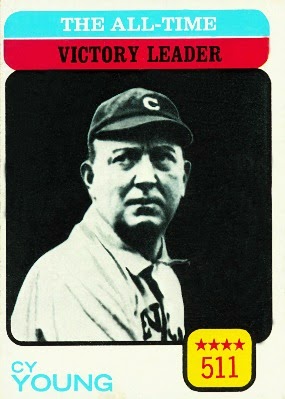 In the 41 years that have passed since the cards were issued, five of the eight categories have seen a new career leader take over.  Those cards needed to be updated.

So here we go: 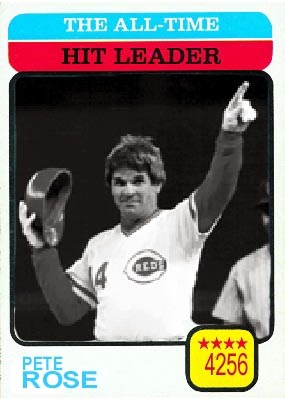 Pete Rose became the new all time hit leader when he passed Ty Cobb in 1985. 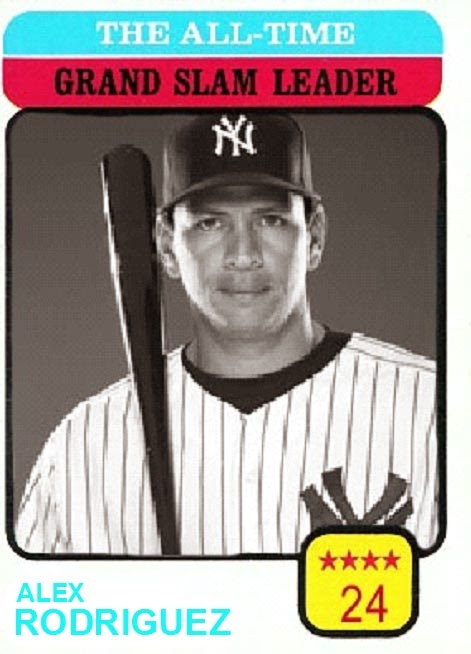 Last September, Alex Rodriguez hit his 24th grand slam, passing Lou Gehrig and his record that had stood for 75 years. 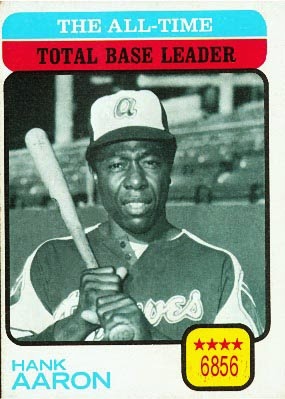 Hank Aaron was already the total base leader in 1973 so I just had to update his final career number on the card. 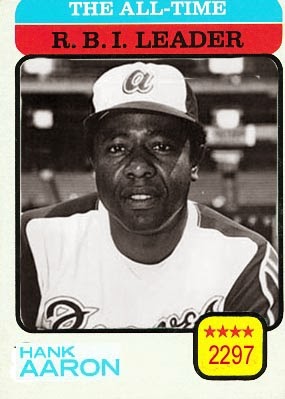 Aaron became the all time RBI leader when he passed Babe Ruth on May 1, 1975. 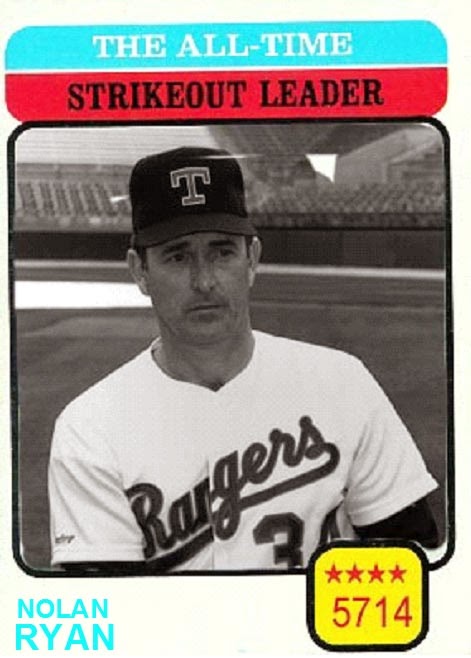 Nolan Ryan didn't just pass Walter Johnson as the all time strikeout king, he obliterated the record, topping Johnson by over 2,200 strikeouts.  In fact, in this age of the strikeout pitcher, Johnson has fallen to ninth place.  Each of the other three fallen leaders on these cards is still in second place all time.