Earlier this year I picked up a big hunk of Billy bat compliments of 2014 Gypsy Queen. 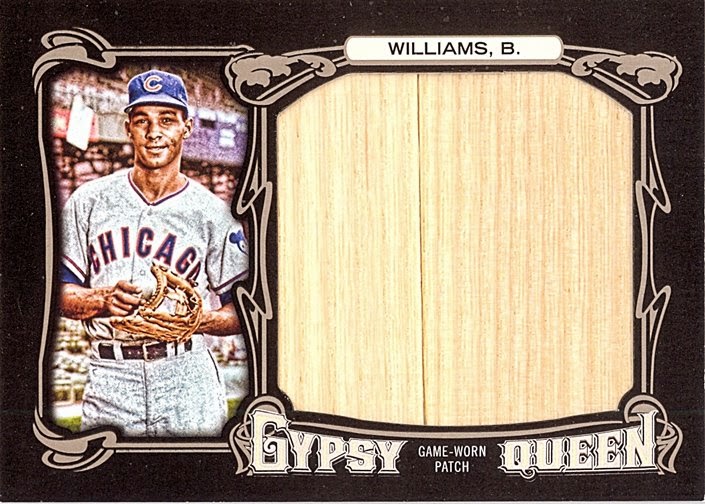 When I saw a card with a big hunk of Billy jersey, I couldn't let it go.  The card had a BIN/BO, so I offered a whole five bucks for it and the offer was accepted. 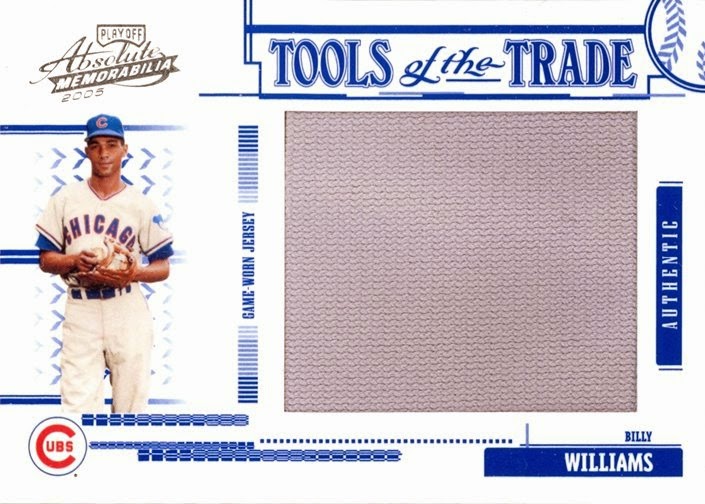 ...from 2005 Playoff Absolute Memorabilia Tools of the Trade....wow, is that name a mouthful!

The card has the Polo Grounds shot of Billy that Topps has been using to death over the past couple years.  Nice to know that Donruss could run a good picture into the ground too.  The swatch in a jumbo sized piece from a road uniform.  The material looks to be a more modern type, not the flannel Billy would have worn back in his playing days.  I'd guess that the jersey was from his days as a Cubs coach.

The card does have a serial number...58/85.  It is number 105 in the set.   The odd thing is that the Standard Catalog checklist for 2005 Tools of the Trade Jumbo Swatch only goes up to 100.  Beckett has a checklist of 200 cards for the set.  I wonder why the discrepancy?

This is the third card I've got from 2005 Tools of the Trade, and together, they make a nice little set. 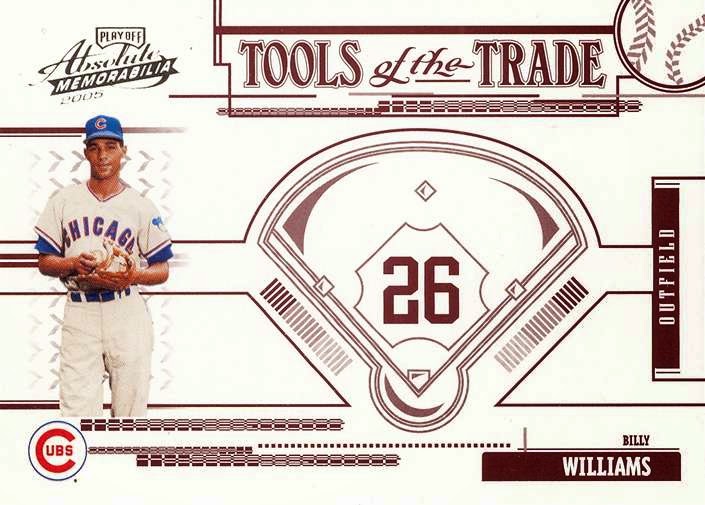 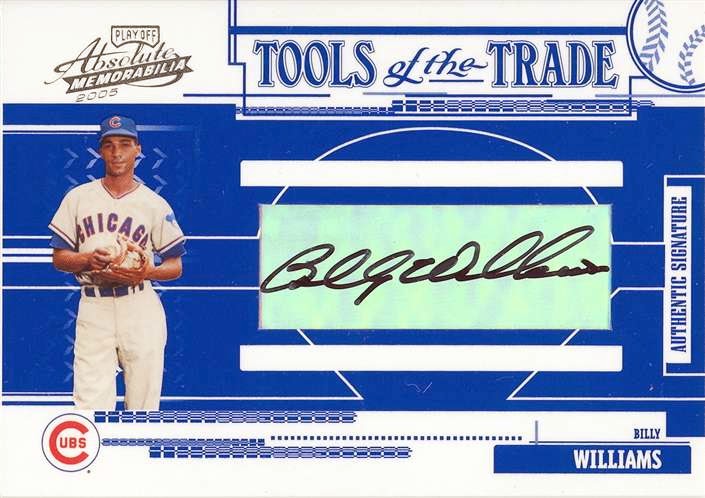