The Archives All Star

Oops! I accidentally scheduled this to go live at 7 PM instead of 7 AM.  Thanks for the heads-up, Matt!

The Cubs didn't fare to well among the Archives inserts checklist....only one card that I was interested in. 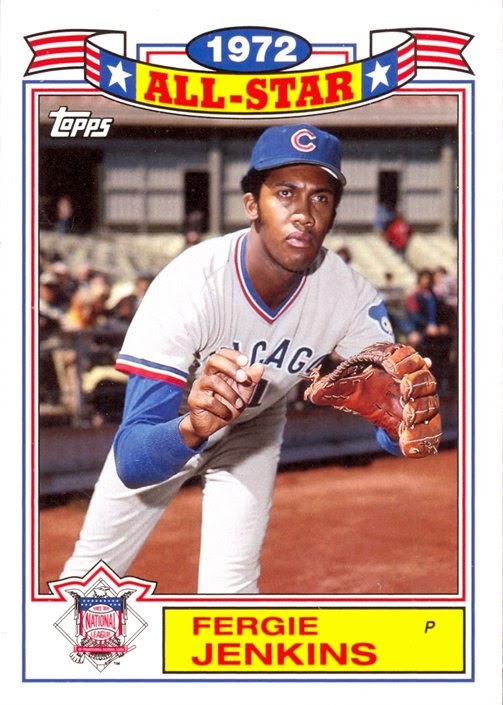 This is the All Star card of Fergie Jenkins.  He's listed as an All Star in 1972, though he also made the team in 1967 and 1971.  Now keep in mind that the guy won 20+ games in seven seasons.  Making the All Star team only three times sees low to me.  Different times back then.

The picture on the card is from Shea Stadium during the 1972 season, so the picture does match the All Star year.  That's the good news. 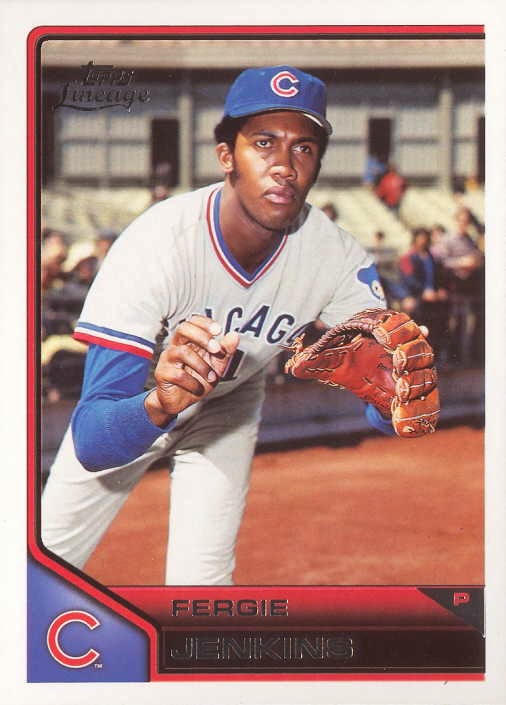 Its the same picture from 2011 Lineage.

Not unexpected.
Posted by Wrigley Wax at 7:00 AM