I've got 12,382 Cubs cards from 88 different brands listed on a spreadsheet. A random number generator picked five cards, one each from the past several decades. 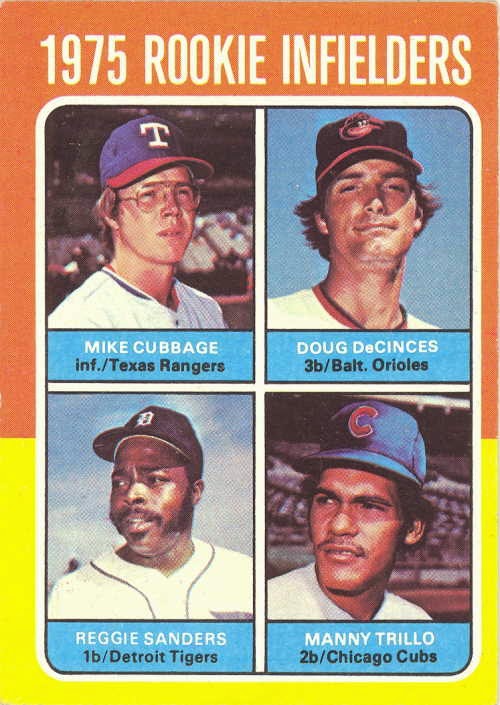 1900s - 1970s: 1975 Topps Mini #617 Rookies Manny Trillo  Trillo came to the Cubs from the A's as part of the trade that sent Billy Williams out west.  That explains the airbrushed hat in the picture.  He moved straight into the Cubs starting lineup for 1975 and had a decent rookie campaign. Though he hit just .248, he managed to drive in 70 runs.  He was named Chicago Rookie of the Year by the Chicago sportswriters. 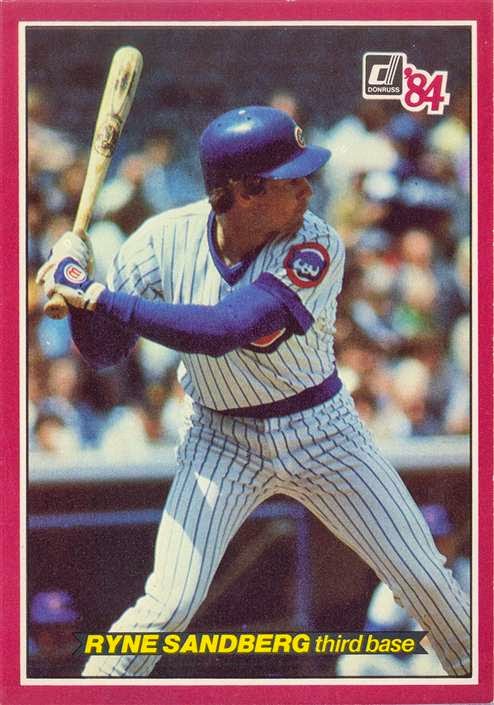 1980s: 1984 Donruss Action All Star #43 Ryne Sandberg  This card is from the Action All Star set, which was made up of 60 cards.  They were not the normal size, but an oversized 3 1/2" x 5".  Donruss considered Ryno an All Star, but they didn't know what position he played.  They still have him listed as a third baseman, though he hadn't played there since the last month of 1982. 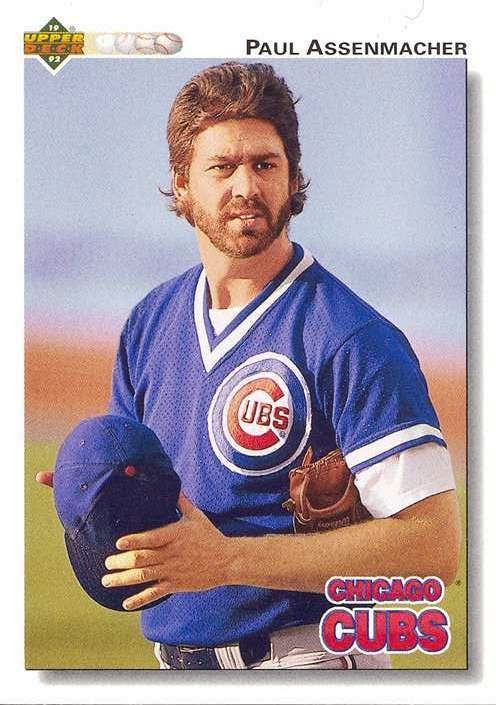 1990s: 1992 Upper Deck #590 Paul Assenmacher  Two things stand out in my mind concerning Paul Assenmacher....a full beard and a sweeping curve ball.  The card shows the beard; you'll just have to trust me on the curve...but it was a nasty one. 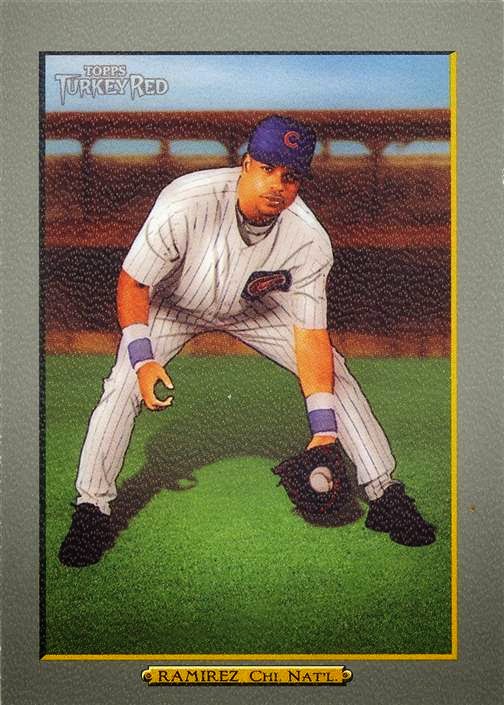 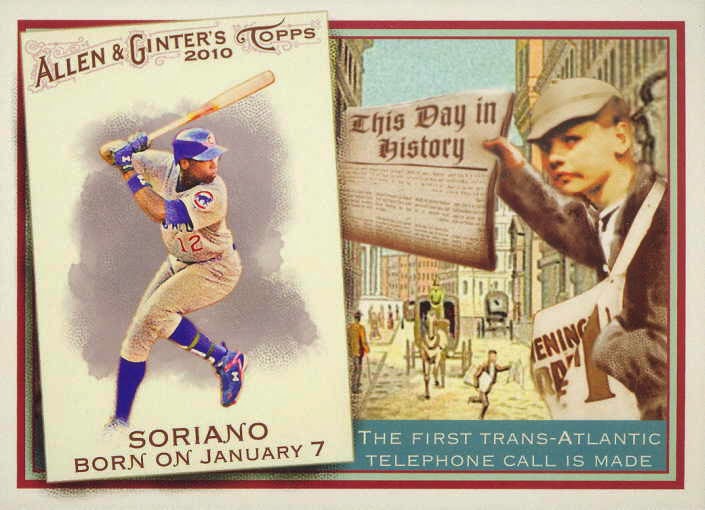 2010s: 2010 Allen and Ginter This Day In History #63 Alfonso Soriano The date we're celebrating is January 7.  Soriano was born on that date in 1976.  Forty-nine years earlier, in 1927, the first trans-atlantic phone call was made.  A Cub fan in England (long-time listener but first time caller) called WGN to complain about the Cub's lack of timely hitting.  He hung up and was going to listen the response.
Posted by Wrigley Wax at 7:00 AM