If Pro Debut can feature players for more than one season, why not double up on the mascots, too.

Last year, Ozzie the Cougar from the Cubs low A Kane County Cougars made the checklist. 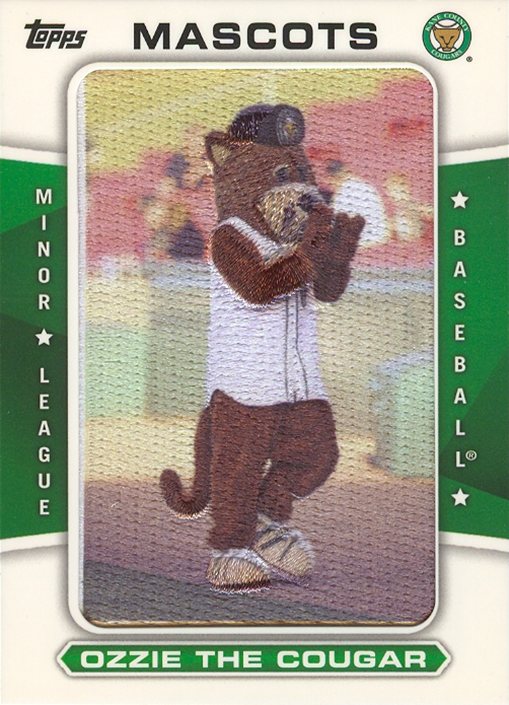 He made it again this year. 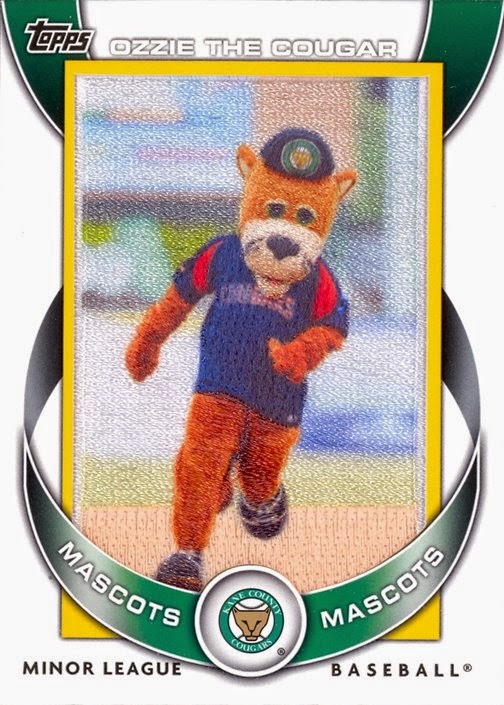 Normally I'll stay as far away from any card with the name Ozzie on it.  But, while Ozzie Guillen is an obnoxious idiot, Ozzie the Cougar is warm and fuzzy.

Not only is he warm and fuzzy, but he's numbered too.  Last season the mascot patches were /120.  This year they are a bit harder to come by as they are only /99.
Posted by Wrigley Wax at 7:00 AM