I've got 12,442 Cubs cards from 89 different brands listed on a spreadsheet. A random number generator picked five cards, one each from the past several decades. 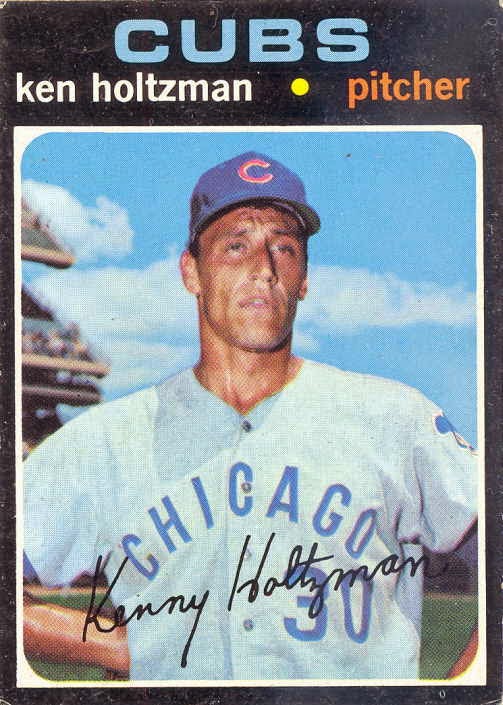 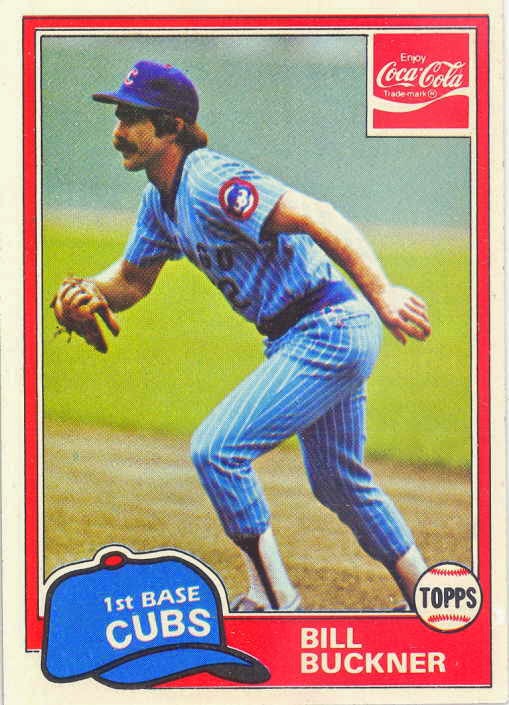 1980s: 1981 Coke #2 Bill Buckner This card comes from a 12 card team set put out by Coke with some help from Topps (more about the set here).  Billy Buck had a good year during the strike-shortened 1981 season.  He led the NL in doubles, was second in hits, third in RBIs, and fifth in average.  Always the consistent hitter, he batted .313 against lefties and .312 against righties.  He struck out only 16 times during the season and was an All Star for the third time in his career. 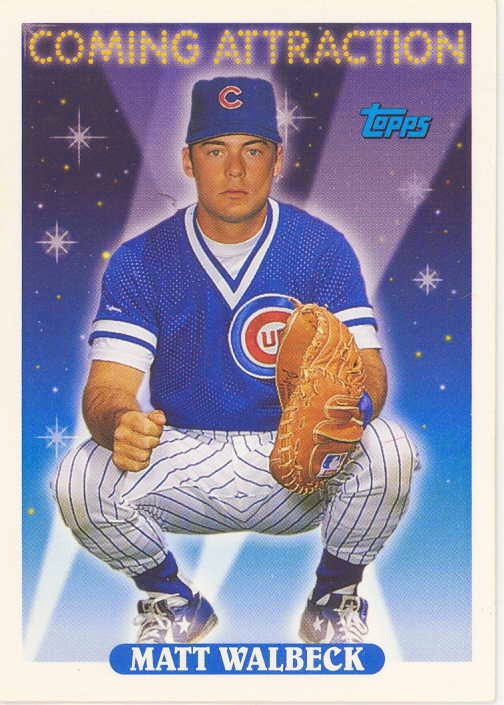 1990s: 1993 Topps #812 Matt Walbeck Coming Attractions  Walbeck would have an 11 year major league career, but played on 11 games with the Cubs.  He made the 1993 team out of spring training but was returned to Iowa at the end of April.  He came back as a September callup.  After the season he was traded to the Twins with the Cubs getting Willie Banks in return. 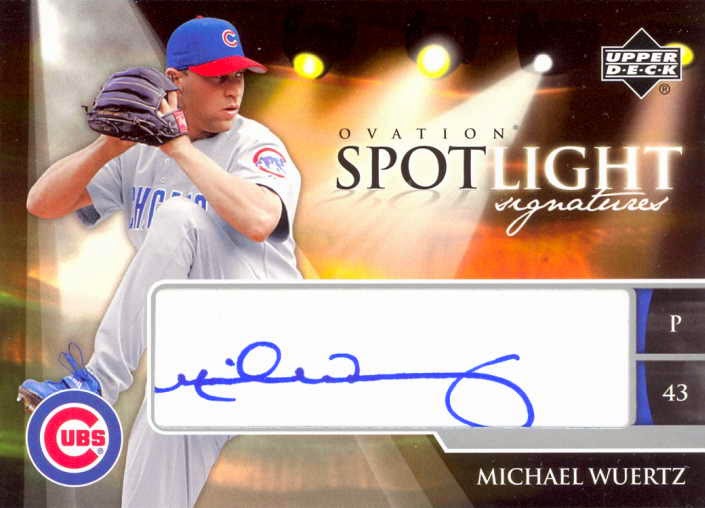 2000s: 2006 Ovations Spotlight #MW Michael Wuertz This card is a part of my autograph collection.  Sometimes my rule of one autograph of any Cub that has a certified auto from their time with the Cubs means that I get stuck with cards of some so-so guys.  This would be one of those.  Weurtz spent his entire career working out of the pen, usually a seventh or eighth inning guy.  In 2006 he pitched 40 innings over 41 games.  He also made 30 appearances for AAA Iowa. 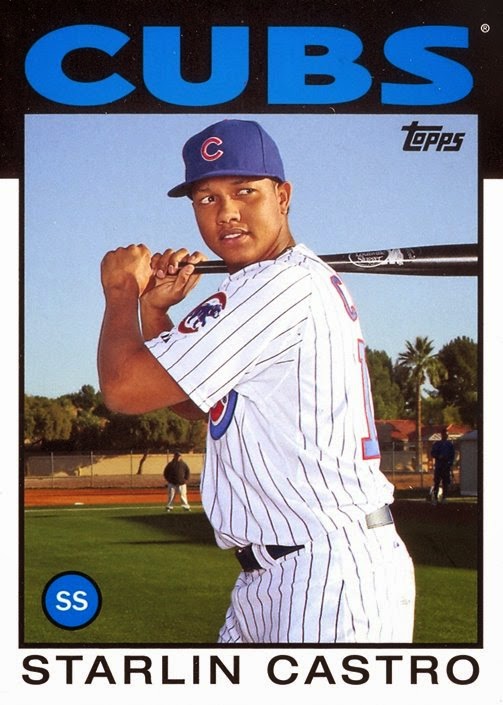 2010s: 2014 Archives #146 Starlin Castro The RNG picked a card that was featured here just three weeks ago.  Castro has had a nice turn-around season so far.  He's especially thrived since being placed in the cleanup spot.  He currently leads the team in RBIs and has more home runs now (11) than he did all last season (10).
Posted by Wrigley Wax at 7:00 AM