I've got 12,397 Cubs cards from 88 different brands listed on a spreadsheet. A random number generator picked five cards, one each from the past several decades. 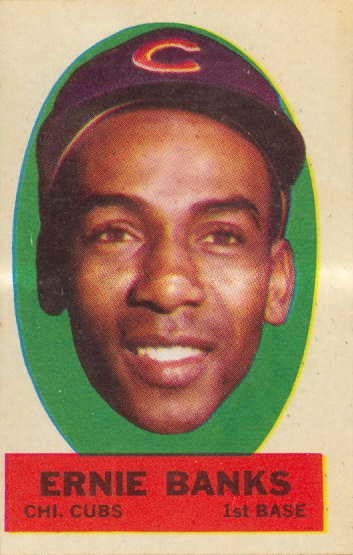 1900s - 1970s: 1963 Topps Peel Off Ernie Banks  These stickers were inserts in the 1963 set.  Back then the inserts weren't what you chased, the base cards were.  These were just seen as a nice little bonus.  Since most kids peeled the stickers off and stuck them some where, these are a bit harder to find that other inserts from the '60s. 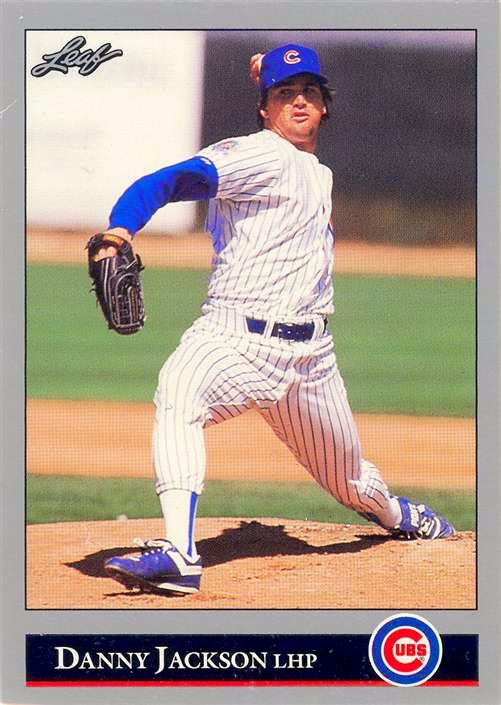 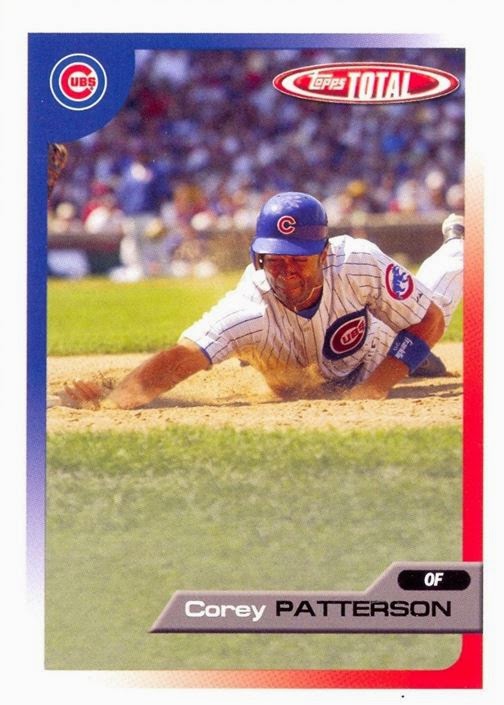 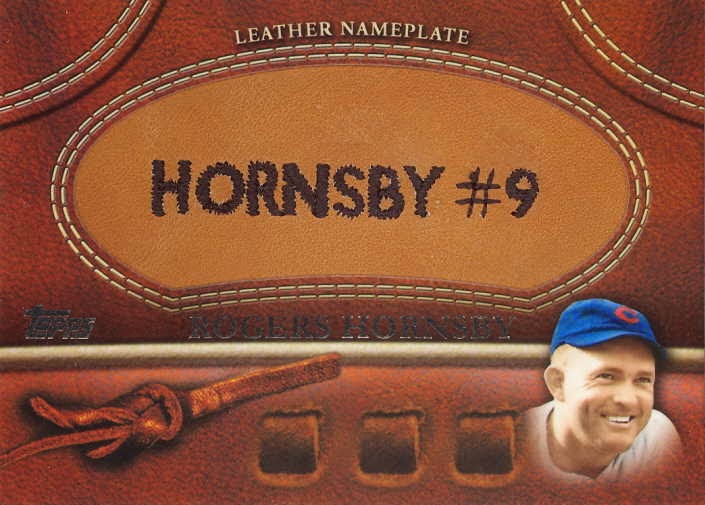 2010s:2011 Topps Manufactured Glove #RH Rogers Hornsby This is one of five Cubs that had these fake glove patch cards.  There was also a numbered black version of the glove.  I ended up with all ten of the Cubs cards.  It was also the last time I chased after all the Cubs when Topps made these manufactured type cards.
Posted by Wrigley Wax at 8:23 AM