The big brass coins returned two year after their initial release, though there were some changes.

The 1990 set was put out by a company called Ban Dai.  The 1992 release came from a different company, Diamond Promotions.

It looks like Diamond bought out the remaining stock of the 1990 coins and repackaged them.

It must have been somewhat of a success for them because in 1992 they put out their own set.  They use the same dies as Ban Dai with a couple modifications.  Diamond didn't obtain a license from MLB, so the team logos were removed.  A player's association logo was added. 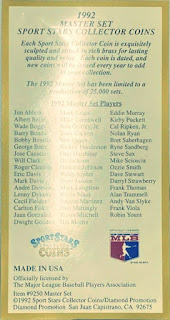 Coins were sold in eight-coin packs 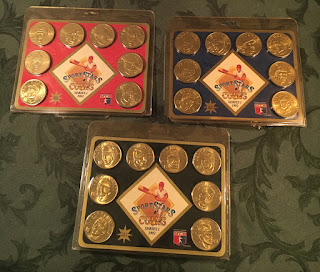 These are the three different sets from series one.

You could also buy the complete set.  I've not found any 8-packs labeled as series two, so I wonder if they gave up on the packs and went with the complete set instead.
The number of coins in the set remained at 50.  The checklist changed a bit, as twelve players on the 1990 list were replaced by someone else in 1992.  One of those was Mitch Williams.  No new Cubs were added, so I needed just three coins for a Cubs team set. 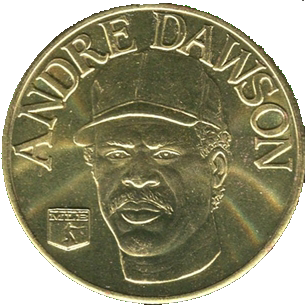 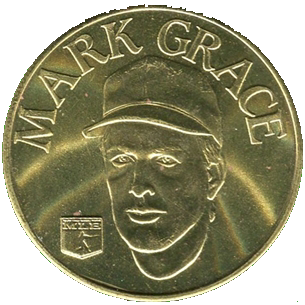 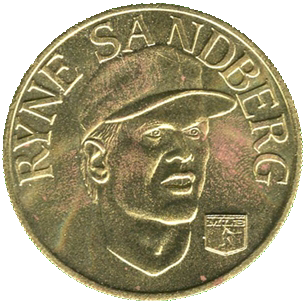