In 2002 the brand name changed slightly, from Focus to Focus Jersey Edition.  Each box came with a jersey card and a manufactured relic jersey card, which is the reason for the Jersey name in the product.

The base set has a 256-card checklist that includes eight Cubs. 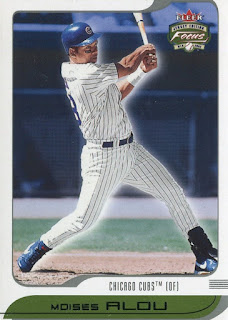 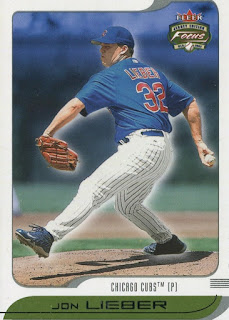 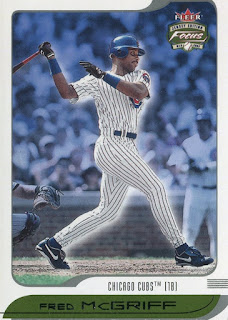 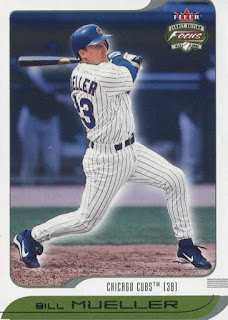 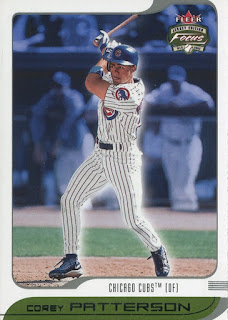 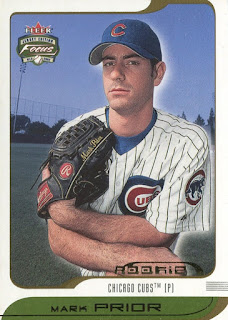 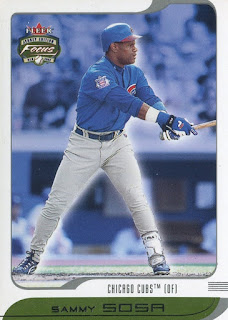 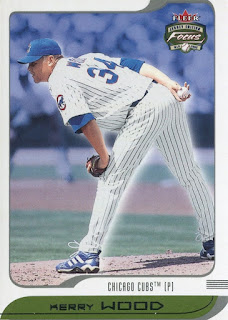 The 2003 set was pretty much a duplicate of 2002 - Jersey edition name, a couple of jersey relic cards in each box.  The set did shrink, though, down to 180 cards. The Cubs cards shrunk, too, as there were only six. 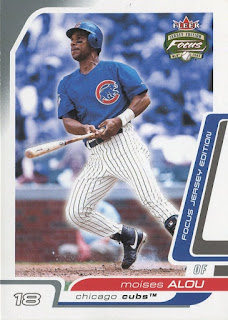 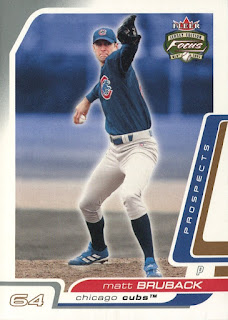 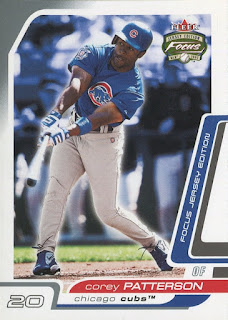 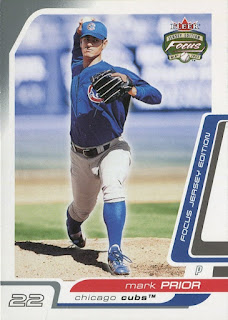 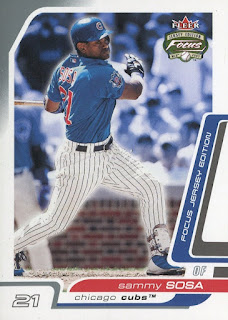 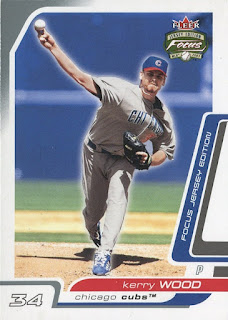 The Matt Bruback card was one of 20 shortprinted prospect cards.  I had to splurge and pay 35¢ for him.  Though you may not have ever heard of Matt Bruback, he was extremely helpful to the 2003 Cubs.  He was one of three players the Cubs sent to the Pirates in late July, 2003, and in return the Cubs got Aramis Ramirez and Kenny Lofton.
Posted by Wrigley Wax at 7:00 AM