The Investor's Journal - 8 More Cards of Guess Who 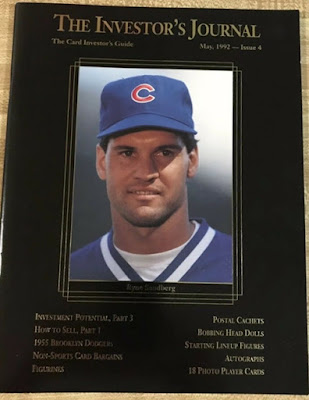 The Investor's Journal appeared on the scene in 1992.  Cards were a part of the magazine from the first issue.  Cards continued to be issued through 1996 though I had a hard time finding any of the actual magazines after 1993.
Though cards came out through 1996, Cubs were included in just the the 1992 and 1993.  Technically, the previous sentence should read "Cub were included..." because just one player was featured.
You've probably already figured out who that player was, based on who was included in other price guide sets.  The magazine cover above is also a pretty good hint too. 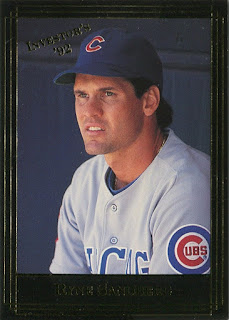 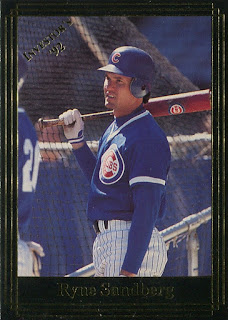 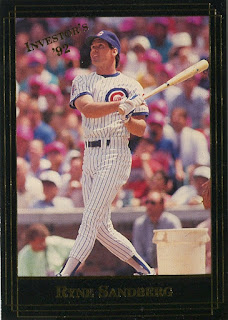 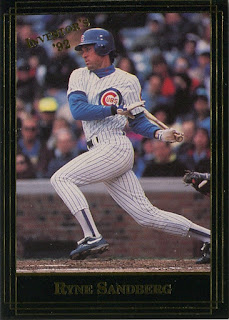 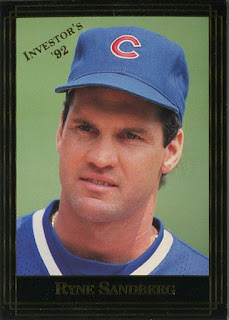 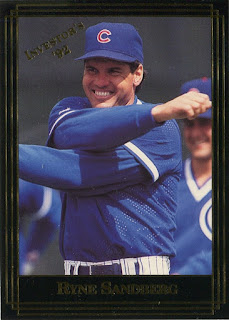 These six cards are from the 1992 set.  Seems silly for him to be included so often, but it is what it is.  Gold foil on the cards didn't scan well, appearing black. 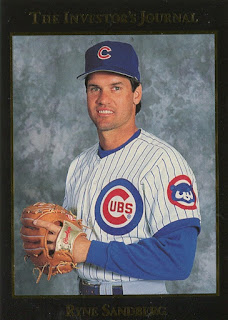 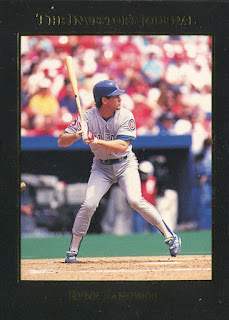