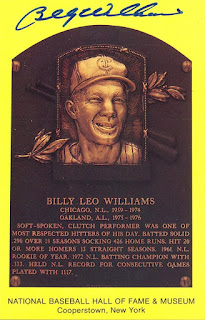 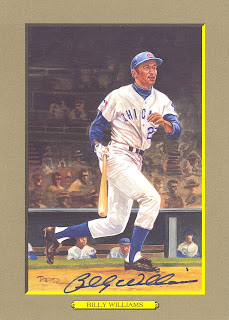 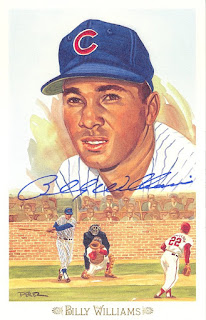 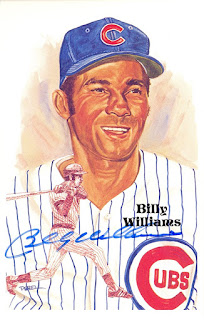 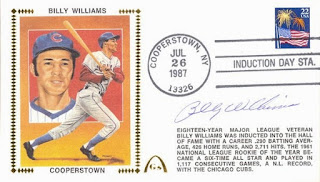 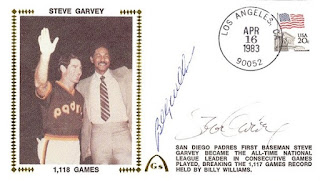 I've had these Billy Williams autographs for years. They are a Hall of Fame postcard, three Perez- Steele postcards, and a couple of first day release envelopes.  My intent was to have them all matted into a single frame.  I looked into the price for getting that done, and it was well over $100.  Sorry, nope.  Instead, the autographs were stacked on my desk in oversized top loaders.

Every so often I'd get them out, take a look at them, consider a frame, and then put them back.  I finally had a change of heart a couple of weeks ago.  I was looking for a project to do over the Christmas break and decided to try to frame them myself.  I figured I could do it for much less than what a framing shop would charge me.

I did some online investigating first.  The best deals on frames I could find were at Amazon and I ordered a frame.  It would be in Cub's blue.  YouTube had some helpful videos on the matting process.  I learned what to do and the tools I'd need to do it.

Mrs. WW and I headed to Hobby Lobby.  I found a black piece that was large enough to make four mats, which meant I had some test pieces.  I picked up the mat cutting tool, too. We went home and I started practicing.

Early on it was rough.  I had a hard time because I had to hold the straight edge steady, keep the mat from moving, and slide the cutter.  I was one hand short to do that.  Mrs. WW stepped in to help.  I also discovered that the tool was made for right handed people.  I'm a lefty.  It took some practice to get the hang of doing it with my off hand.

The practice paid off and soon I was ready to make the actual cuts.  The six autographs meant 24 cuts.  I knew that one bad slip and I'd have to start over. No pressure, right? As I went along, I got pretty good at it and by the final cuts, I was no longer worried about a mistake.

After the cuts were made, the cards were mounted and put into the frame. Right away we noticed that the black edge of the mat next to the dark blue frame didn't look good.  Mrs. WW suggested a second mat, in white, to make a small border around the black mat.  A second trip to Hobby Lobby was needed.  We went the next day, got the white mat. and made the cuts. 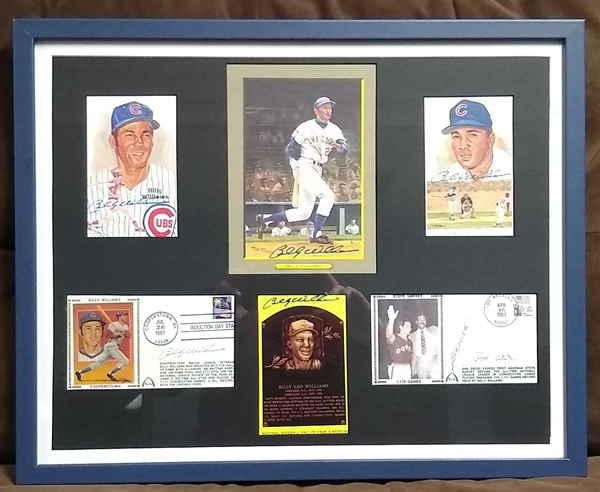 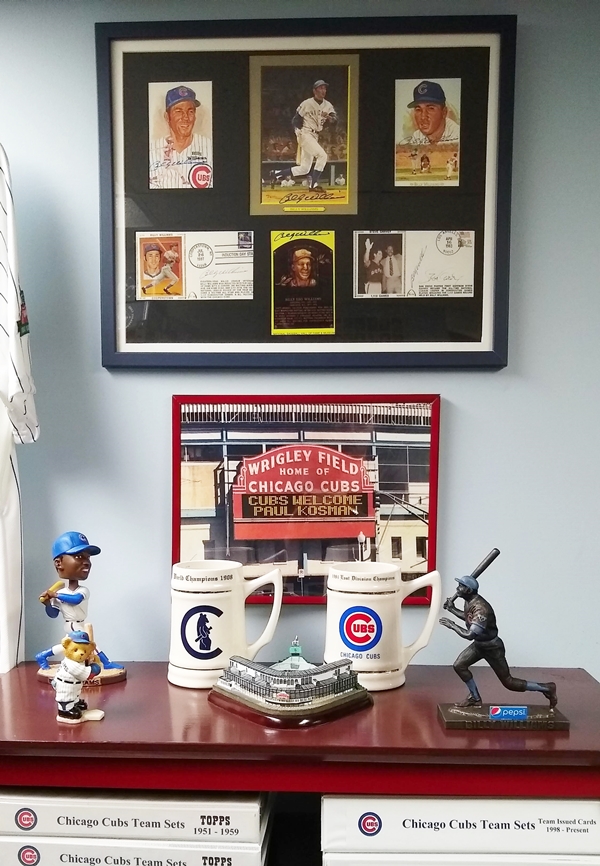 It turned out better than I could have ever hoped!  The cost was a fraction of the framing shop estimate and now I can custom mat any pictures I'd like.