Figuring out that the Ballstreet Journal full sheet of Cubs cards came from Cubs Quarterly led me to another thought.  Did the Cubs put baseball cards in any other year's Cubs Quarterly?  Let the sleuthing begin!

Cubs Quarterly was the name of the game day program sold at Wrigley Field.  It debuted in 1982 under the name Cubs Magazine.  It became Cubs Quarterly in 1990 and kept that name through the 2000 season.

I searched though the eBay listings for Cubs Quarterly starting with 1990. I'd read the listings to see if they mentioned baseball cards.  The search came up empty until I reached the final year. 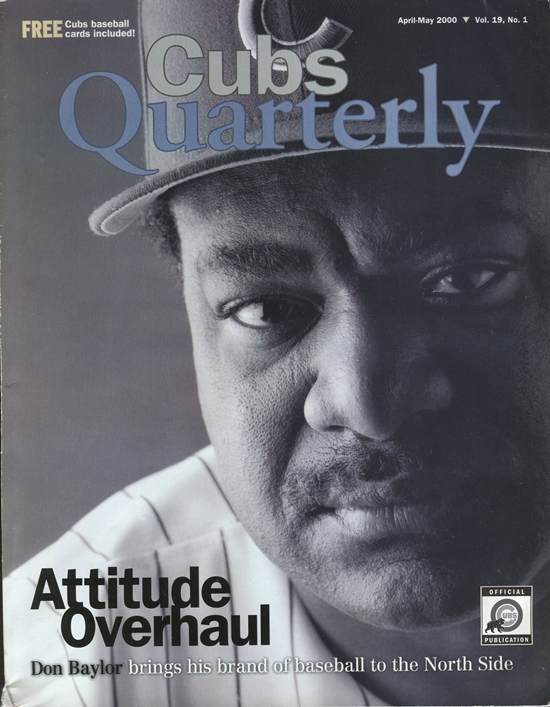 That was easy!  It says in the upper left hand corner of the cover "Free Cubs baseball cards included!"

I bought a copy of the magazine immediately! 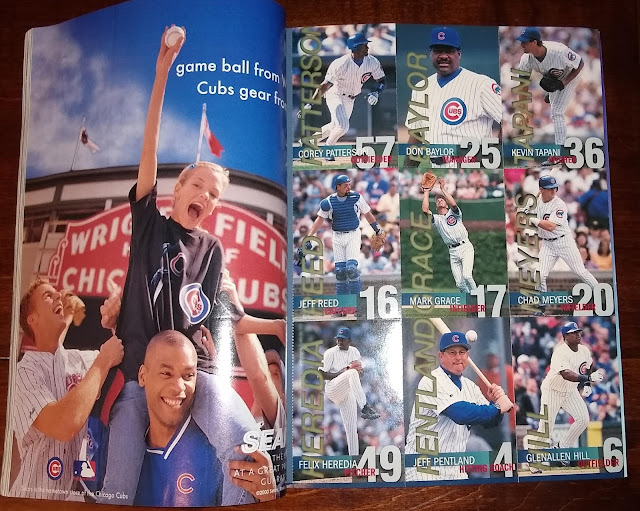 Here's a look at the cards on the inside of the magazine.  There's nine cards of featuring both players and coaches.  The cards were sponsored by Sears.  You can see the Sears ad on the left side page. 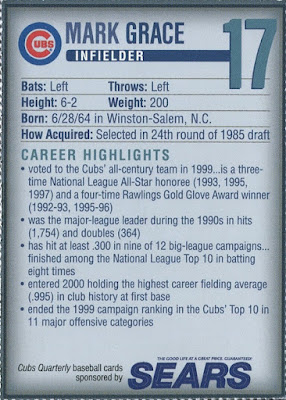 A Sears logo was also on the back of the cards.  The cards aren't number sequentially but instead use the player's uniform number.

I've never seen these cards before.  The set is not listed in either the Standard Catalog or the Trading Card Database.  None are currently listed on eBay nor do any show up in the sold listings. Did no one collect these back in 2000?

I wasn't sure whether I'd leave the full sheet intact or cut the sheet into the individual cards, but the Cubs made the decision for me.  The sheet was perforated.  All I had to do was tear them out, so I did. 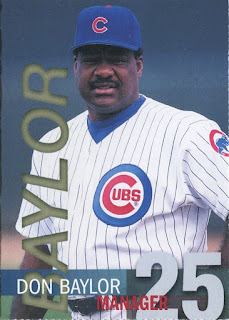 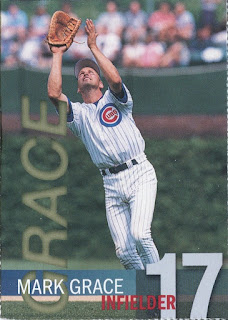 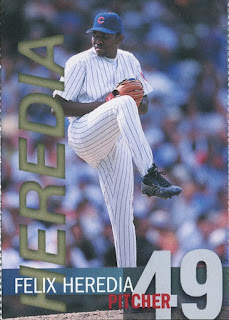 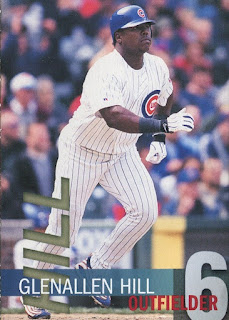 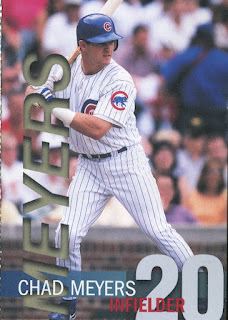 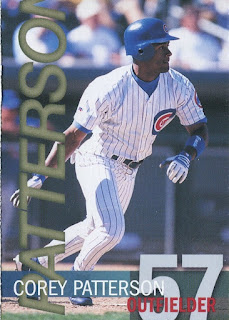 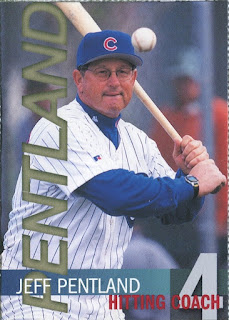 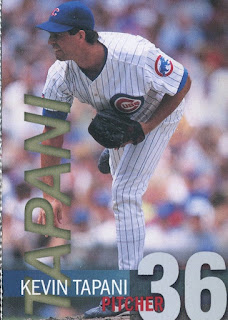 The issue I bought was edition #1. There are three others that came out over the course of the season and they too have cards. I've got #2 and #3 but haven't seen #4 listed anywhere yet.  I'll have the card from #2 and #3 coming soon.