I've been working on getting as many of the price guide card sets as I can.  Today I've got two. 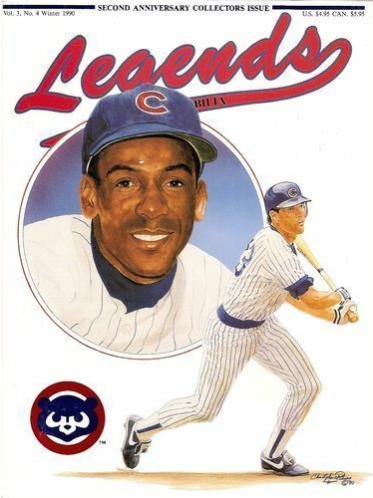 Legends Sports Memorabilia Guide included cards from 1990 through 1994.  They issued a total of 218 cards over those five years. 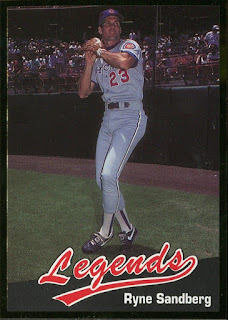 This card of Ryne Sandberg is the one and only Cub that Legends made.  It was included in the winter 1990 edition.  Too bad they didn't make one for Ernie Banks, too. 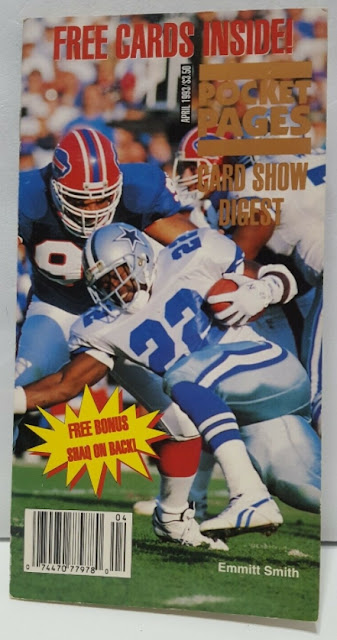 Pocket Pages Price Guide had insert cards from 1991 through 1993.  A total of 60 cards were made, but like Legends, there was just one Cub, Ryne Sandberg. 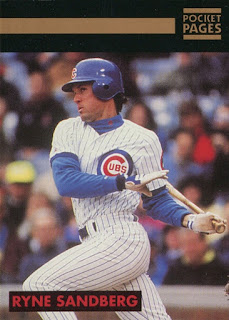 Pocket Pages also included Pogs in some of their issues.  I've got a Sandberg Pog on the way, but it is coming from Canada, so it will be a while before it arrives.

These price guide cards are doing two things for my collection.  One, they are significantly boosting the number of overall sets I've got while not doing much at all to my total number of cards.  Secondly, my number of Sandberg cards is going way up since he is the one player that is in most of the guides.  Expect to see more Ryno as I show cards from other guides.