The Heritage High Numbers set was released on December 30, which is cutting it pretty close for a 2020 set!  It consists of 225 cards, including 25 of the dreaded short prints.

The Cubs fared pretty well as they accounted for eleven of the 225 cards.  Let's start with a couple of head-scratchers. 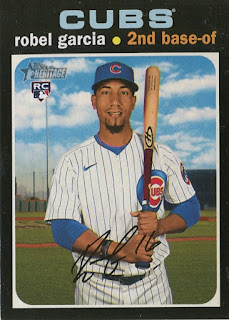 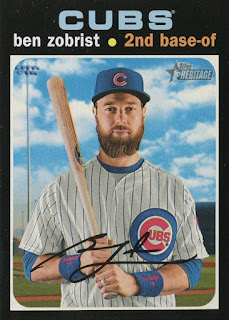 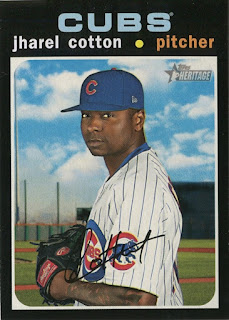 Heritage didn't spare us from the 2020 Curse of the Garcia.  And Ben Zobrist?  There was no possibility of him playing in 2020.  The picture is from 2019.  Why was he included?  Cotton was acquired in a trade in November, 2019.  He was at the alternate site in South Bend, released in August, re-signed and sent back to South Bend, and then released again in September.  These three three players made a grand total of zero appearances with the 2020 Cubs. 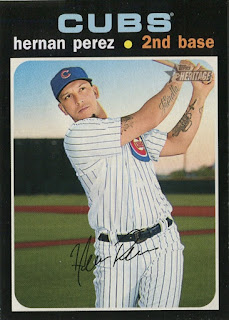 At least Hernan Perez played in three games before he was DFA'ed. 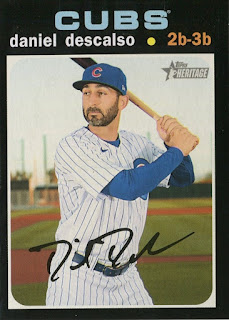 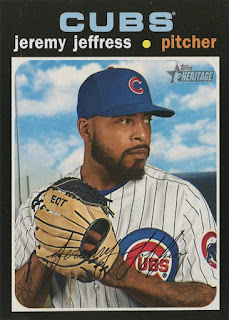 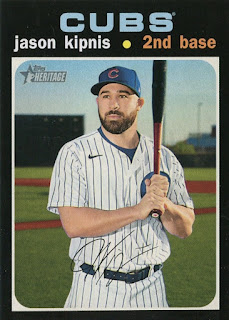 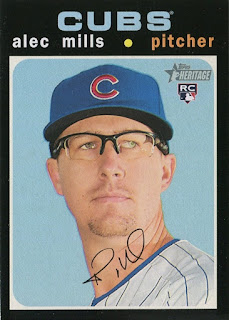 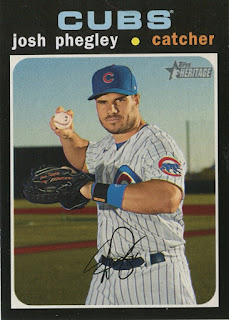 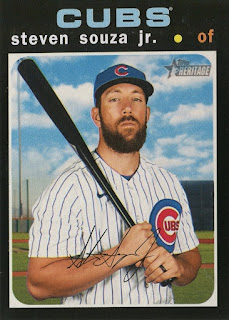 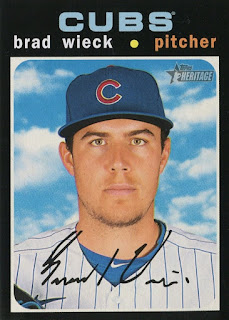 The best out of the rest of these would be Alec Mills, he of no-hitter fame.  He's one of just two of these eleven that figure to be with the 2021 Cubs.  Yikes, it's like 2013 all over again.
Posted by Wrigley Wax at 7:00 AM