Today's cards are one of several team sets sent to me by reader Chad.  Chad is one sharp cookie because every single one of the team sets he sent were not in my collection.  I've got over 250 sets and he sent me five that were new to me.  Kudos Chad!

Today's set is one reason why I am ok with MLB granting Topps an exclusive license for baseball.  The set is 2002 Donruss Classics.

Topps released its first Heritage set in 2001.  That same year Upper Deck started their Vintage line.  Both sets drew on designs from past sets.  Topps used their own earlier sets while Upper Deck copied but slightly changed Topps designs.  This retro craze actually had its roots a year earlier with Fleer's 2000 set, which looked like Topps 1954.

Each of the four big cardmakers had their own retro-styled set.  Instead of trying to top the competition with unique sets, the big four were just playing copycat with one another.  Do we need all those retro sets?  I don't.  With the monopoly we don't get all those copycats.  I am just fine with that.

As I mentioned earlier, the Originals set used Donruss designs from their even year sets of the 1980.  At the time of release, the 1988 set was just 14 years old.

In addition, Donruss felt it made sense to give some players cards with two or more of the different designs.  We have four Sammy Sosa cards, three for Kerry Wood and Corey Patterson, and two each for Moises Alou and Bobby Hill.  Only three Cubs in the set had solo cards, Francis Beltran, Juan Cruz, and Mark Prior.  Yes, Bobby Hill gets two cards but there is just one for Mark Prior.

The brand lasted for just one year.  I read that Donruss had plans for a set in 2003, but it never came out.

You can take a look at the 17 Cubs cards though they represent just eight players. 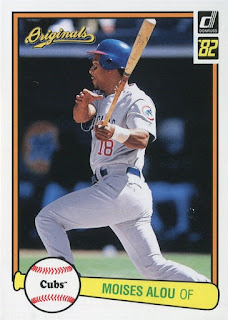 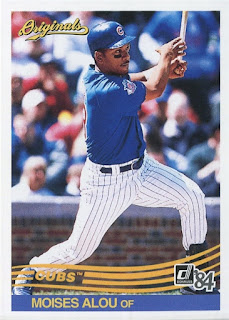 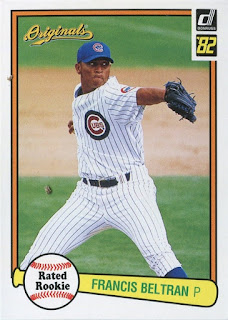 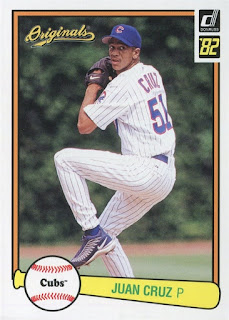 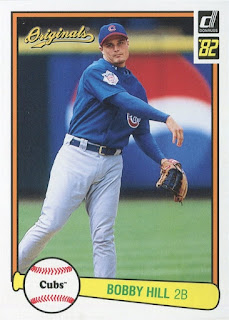 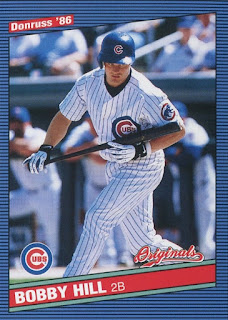 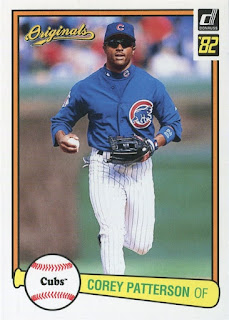 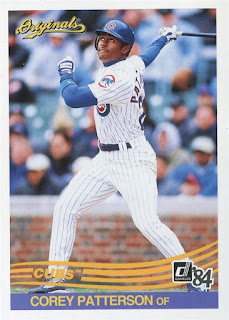 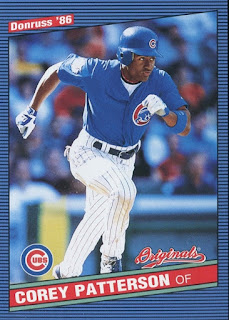 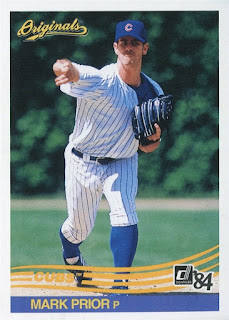 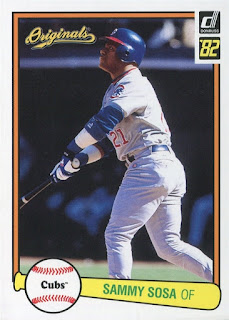 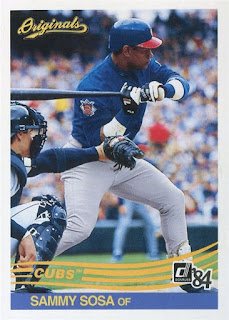 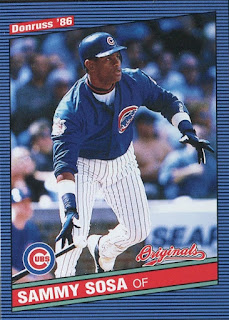 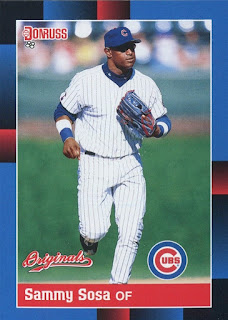 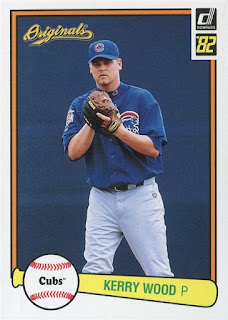 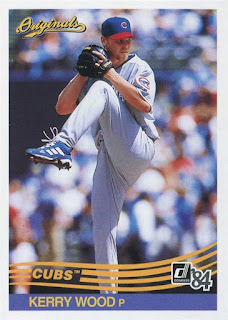 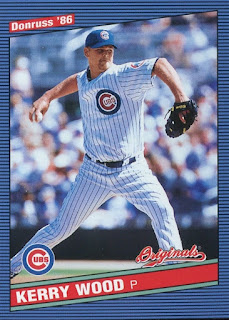