Yesterday I showed this sheet of nine cards from Ballstreet Journal 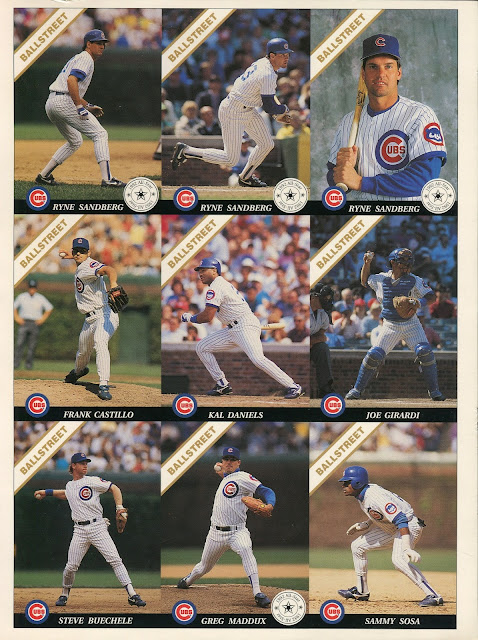 It was sent to me by reader Chad, who said he found it in a magazine he was going to toss out.  The magazine wouldn't have been the Ballstreet Journal, since the sheet is letter sized  but the journal was smaller.  Sheets like this are not listed on eBay nor were there any in the completed or sold listings.  It is quite a mystery.

I also mentioned how odd it was that Mark Grace wasn't included.  He was a pretty big star.  I also should have brought up the lack of a card for Andre Dawson.

An email yesterday from another reader, Kevin, helped cleared up that question.  Take a look at the picture he sent me. 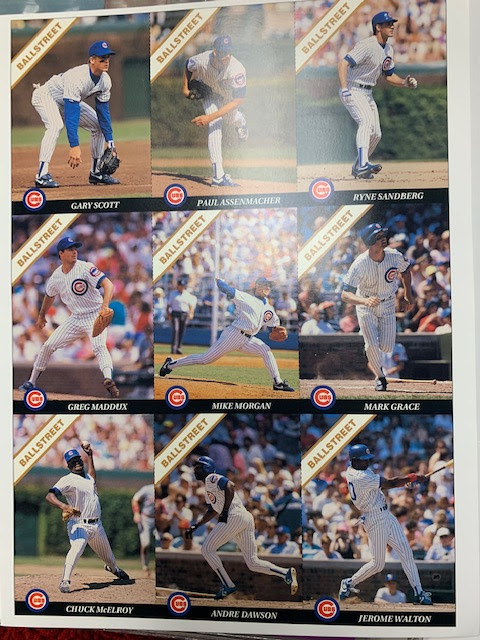 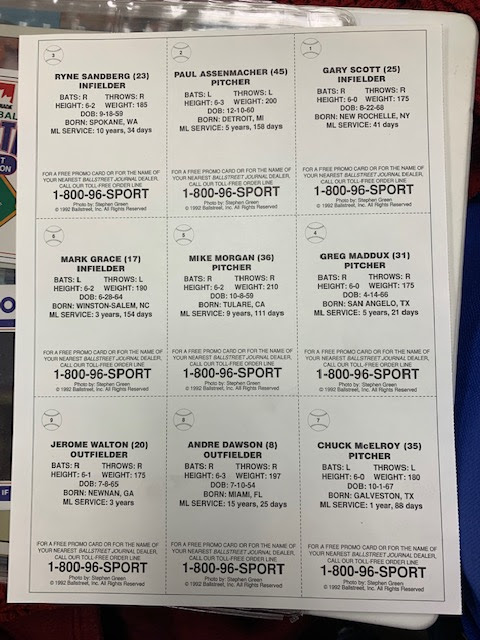 There are still several unanswered questions...

Are there any more of these sheets for the Cubs?

Are there sheets for other teams?

How were the sheets distributed?

I've got questions but no answers.  Anyone out there got some answers??