I knew this guy played a few games for the Cubs, and I knew that I just had to get a card of his. He played only three games for the Cubs in late April of 1986, and he was just one for nine, a crummy .111 batting average. As far as I can tell, this card from the Cubs team issued set is the only card that features him as a major leaguer, though he did play with the Reds in 1983 and the White Sox in 1984.

He didn't have much of a big league career, but once a year his cards will be here on Wrigley Wax 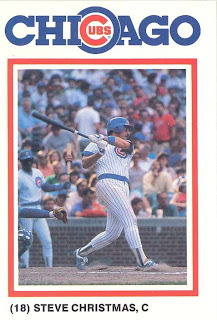 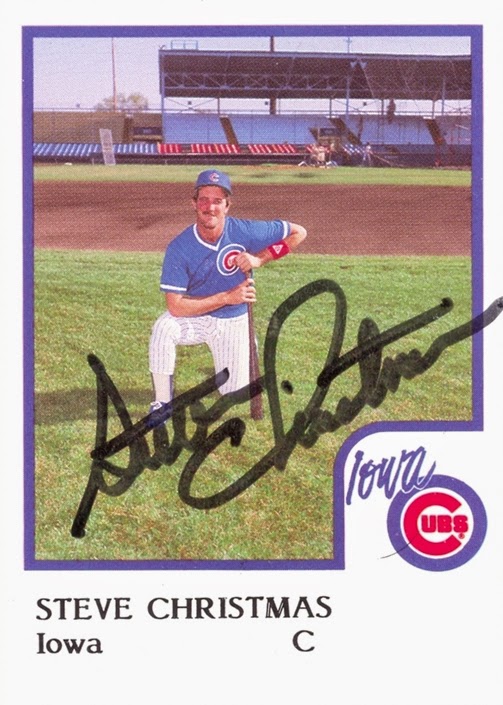 Merry Steve Christmas to all!
Posted by Wrigley Wax at 7:00 AM