The 2012 ball was held on April 25.  The Cubs had an afternoon game that day, followed by an off day.  That made it easier on the players to attend, which was expected of the entire roster.  The players didn't let a 5-1 loss to the Cardinals put a damper on the event as it raised over $1.25 million for Chicago Cubs Charities.

The giveaway cards were the same size as the previous edition, 5" x 7" and were printed on a heavy and glossy stock.  The set has 28 cards and includes five players that weren't on the opening day roster (Bowden, Campana, Lopez, Maine, and Wells) and omits two that were with the team on opening day (Luis Valbuena and Shawn Camp). 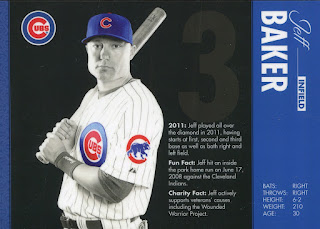 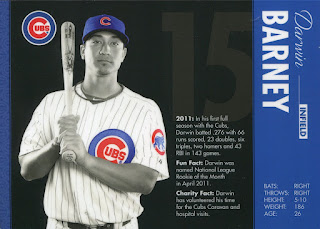 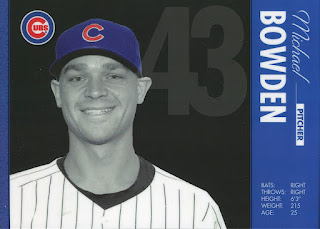 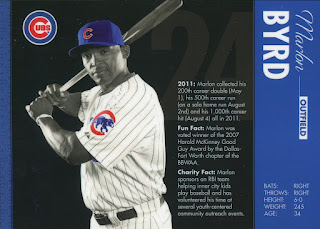 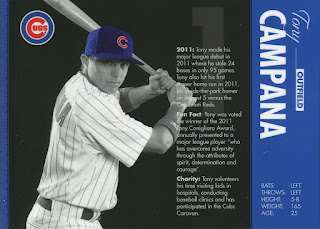 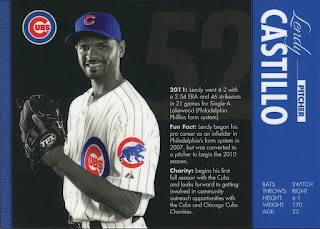 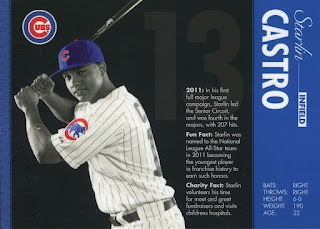 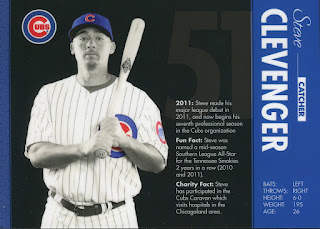 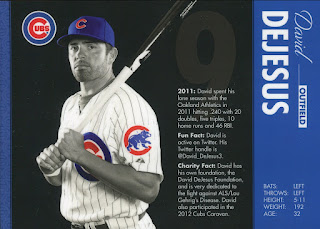 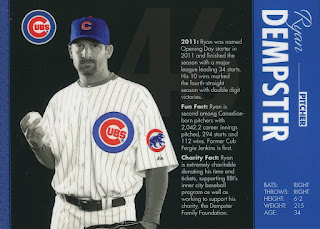 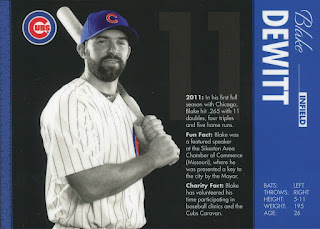 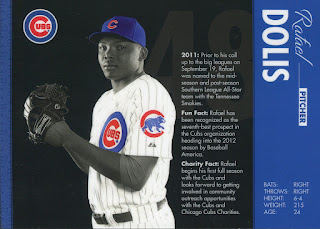 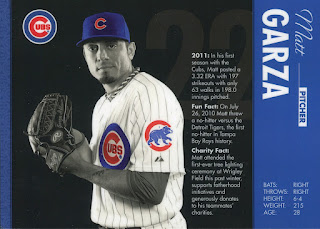 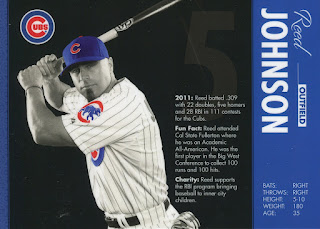 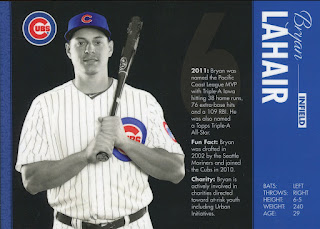 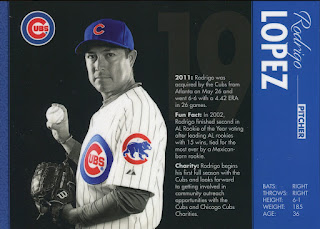 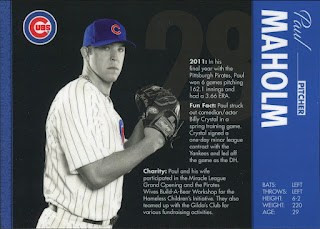 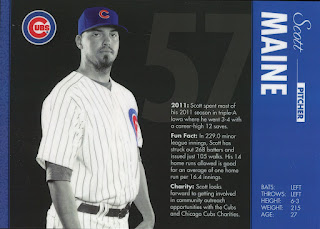 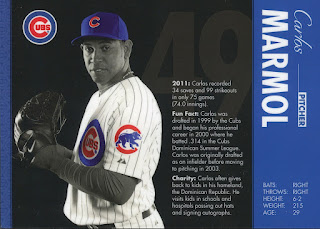 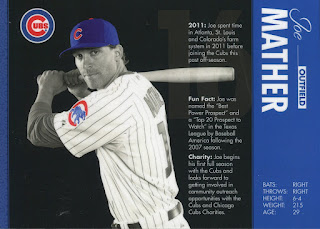 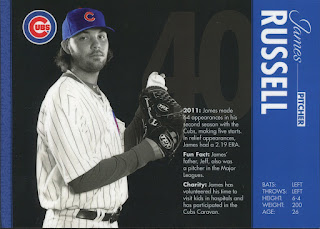 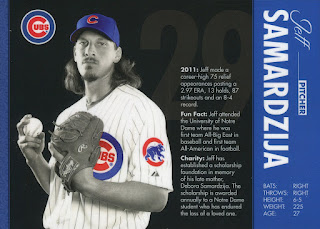 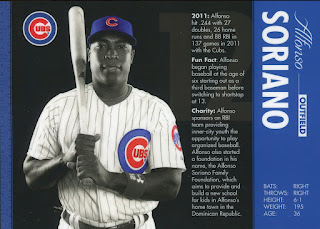 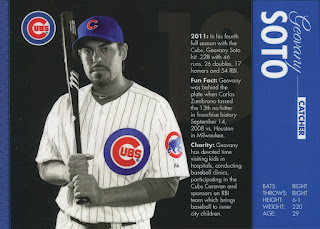 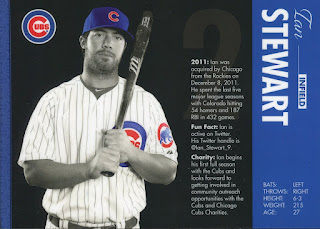 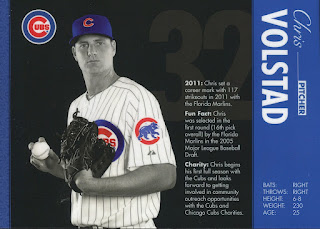 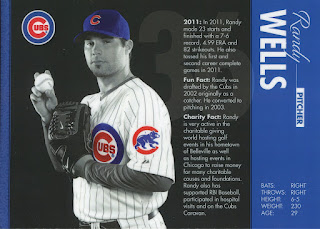 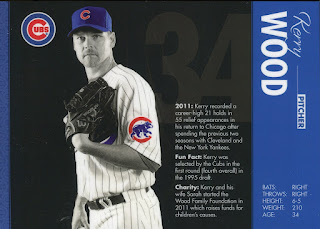