I've got 18,709 Cubs cards from 259 different brands listed on a spreadsheet. A random number generator picked five cards, one each from the past several decades. 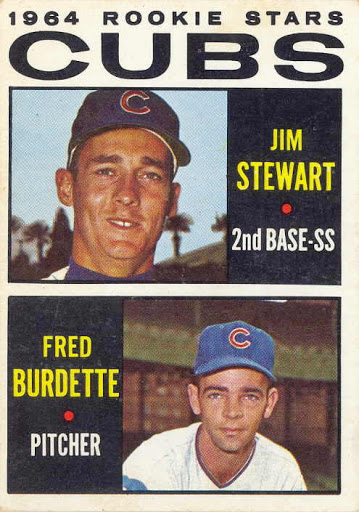 1900s - 1970s: 1964 Topps #408 Jim Stewart / Fred Burdette  No pressure to perform when you have the same name as a Hollywood icon, is there?  The baseball Stewart was a supporting cast member, not a star, over a ten-year career.  Burdette was around for even less, 18 games over three seasons. 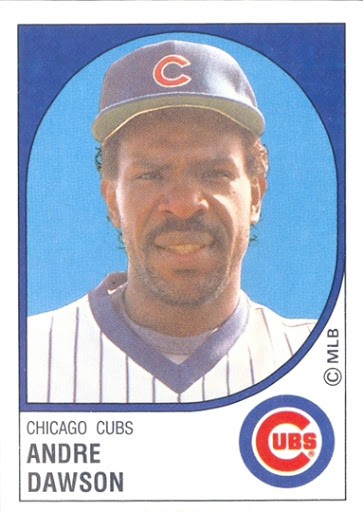 1980s: 1988 Panini Stickers #236 Andre Dawson This is from Panini's first baseball sticker set.  The photography was not exactly awe-inspiring. 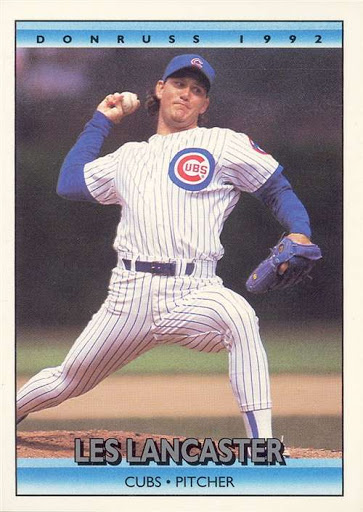 1990s: 1992 Donruss #296 Les Lancaster Lancaster never pitched for the '92 Cubs.  He was released towards the end of spring training and then was signed by the Tigers. 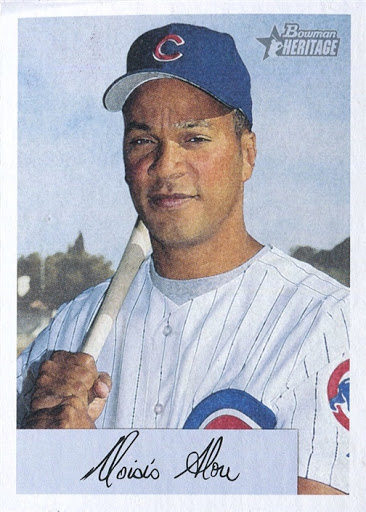 2000s: 2002 Bowman Heritage #44 Moises Alou  Sorry, but when I see a picture of Moises Alou and his hands, I can think only of his method to harden blisters. 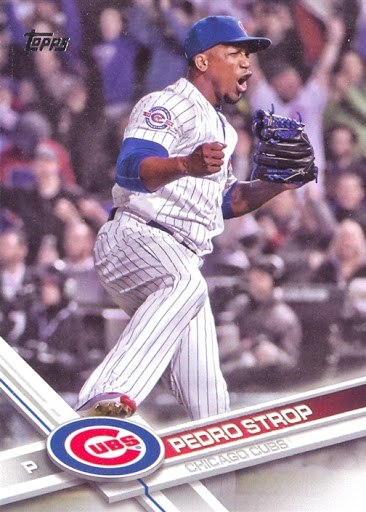