Flipping Over the Bricks & Ivy Cards

They both feature information about a charity supported by Chicago Cubs Charites.  It's nice to let the people at the ball know where their money is going. 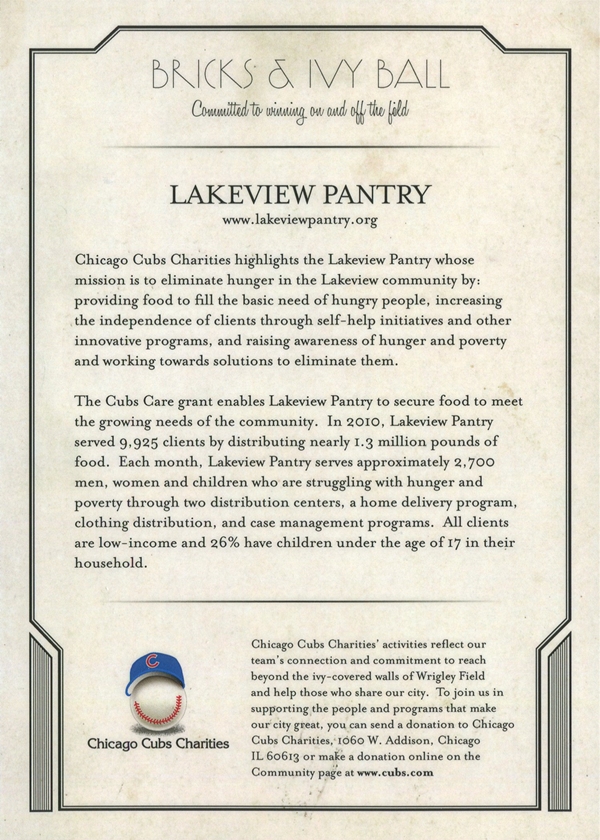 This is the 2011 card back.  There were ten different charities featured on the 25 cards.  Two players, Ryan Dempster and Carlos Zambrano, had their personal organizations (Dempster Family Foundation and the Big Z Foundation) on the back of their cards. 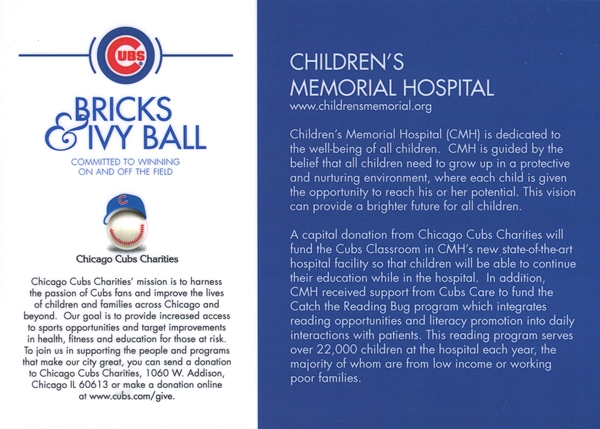 Eight different organizations were highlighted on the backs of the 2012 cards.  The only player with a personal foundation was Kerry Wood and his Wood Family Foundation.