Here's another set sent to me by reader Chad, Fleer's 2002 Maximum.  Though the name is Maximum, it's release was minimum - just one year.

The set has a total of 270 cards, though 70 of them were short printed or numbered.  There were at total of ten Cubs cards, but I have just eight of the ten.  I'm missing the two numbered cards.  They belong to rookies and were numbered to 500.

The other rookie is Scott Chiasson.  Who you say??  I agree.  The guy had a ten game career with an ERA north of 11.  Yet he has a /500 card I have to chase and I couldn't find one listed anywhere.  I'm afraid I'm going to have two holes in my collection for a while. 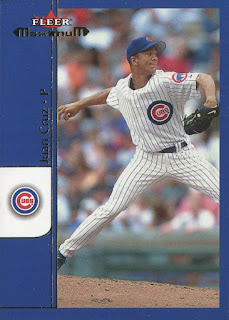 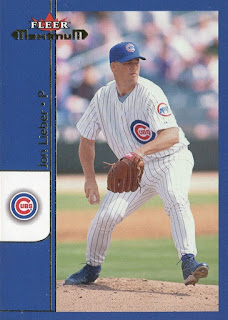 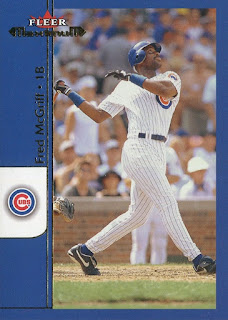 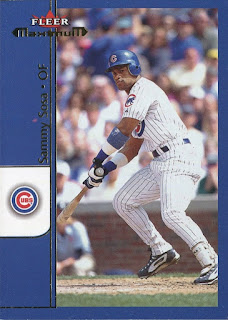 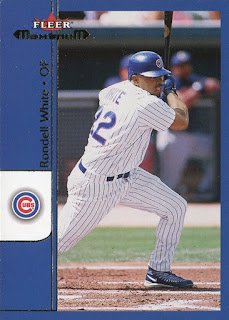 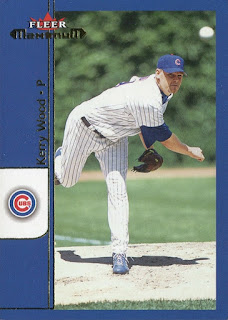 There was also a 20-card short-printed subset called Impact.  Two Cubs were included and I do have those cards. 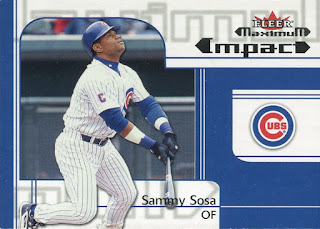 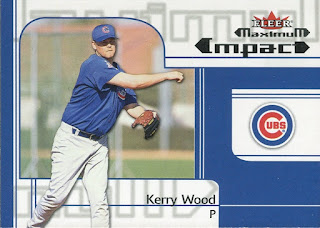