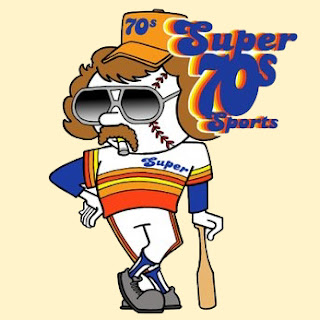 Topps partnered with the Twitter site Super 70's Sports to create an online set called Super 70's Sports.  The set consists of a combination of 90 current and retired players.
The design of the cards used elements from the last three sets of the 1970's 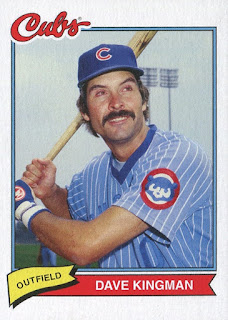 ... the 2020 Super 70s Sports card.
The Cubs did quite well in the set, with six of the 90 cards, which is double the number if Topps decided to divide the cards evenly among the 30 teams.  There are four retired Cubs and two active. 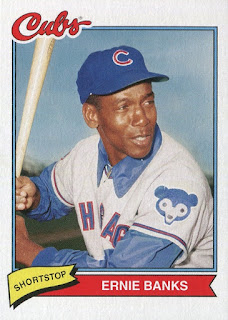 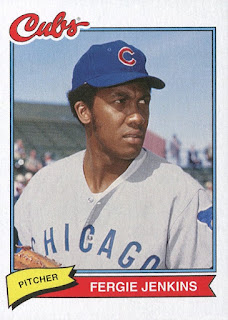 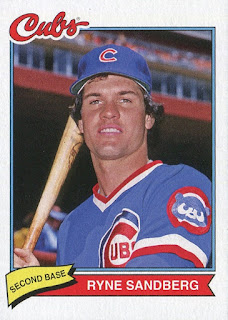 The inclusion of two of these in a set called Super 70's is a bit confusing.  Ernie Banks played just 111 games in the 70's, which is 4% of his total games played.  He's belong in a Super 60's set.  And Ryno?  He was still in the low minors in the 1970s, making his MLB debut in 1981.
Jenkins and Kingman make much more sense.  And how about a Jose Cardenal or Bill Buckner instead of Banks and Jenkins? 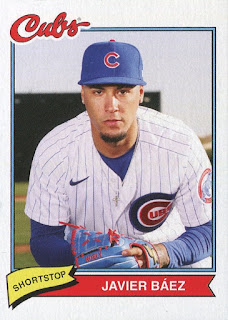 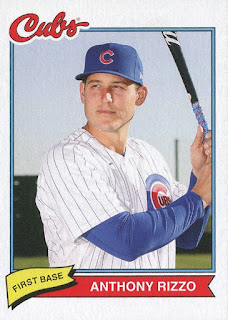 The selection of current Cubs, Rizzo and Baez, are no surprise.
Posted by Wrigley Wax at 7:00 AM