The next Cubs team set sent to my by generous reader Chad is 1994 Leaf Limited.  It was Leaf's entry into the super-premium market.  According to the Standard Catalog, the set was limited (hence the name) to 3,000 20-box cases.

The cards were printed on a heavy card stock and have shiny silver fronts.  The shiny silver didn't scan very well and looks black on the scans.

This set will most likely be my only Limited set for a while.  Later releases started getting gimmicky with short prints and the cards have over-inflated prices. I've got better things to chase.

There are seven Cubs in the set.  I'm guessing the release date was later in the summer because there is no card for Ryne Sandberg.  He retired in mid-June of 1994.

The scans also obliterated the names, so we have... 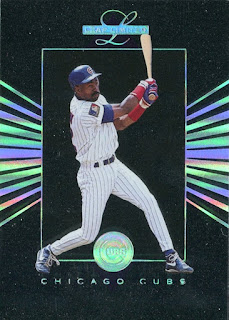 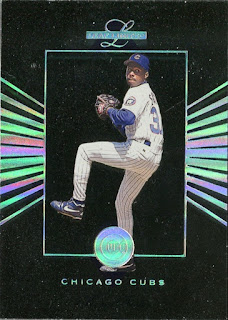 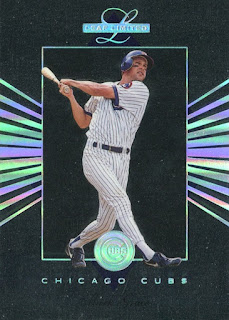 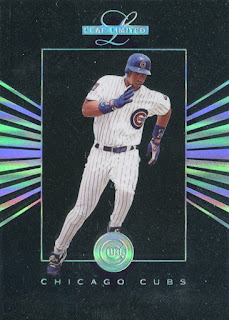 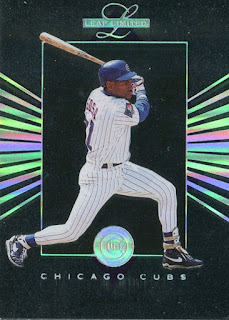 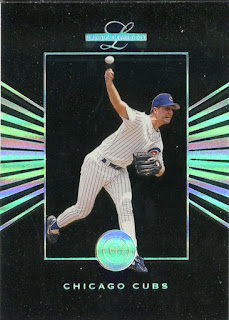 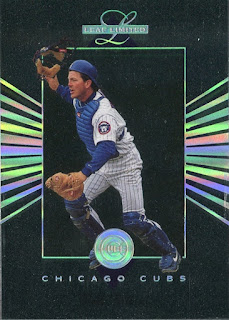